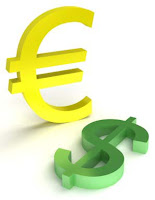 This week's Lancet has a report on a new European public-private partnership called the Innovative Medicine's Initiative (IMI). The IMI is funded through €1 billion donations from both the EU and European Federation of Pharmaceutical Industries and Associations to stimulate innovation in challenging areas. The goal is to fund antimicrobial drug discovery to the tune of €600 million ($761 million) by 2020, or roughly $100 million/year.

Perhaps this is finally the chance to move beyond the two new classes of antibacterials developed in the past 30 years. Should we be excited? Sure, $100 million/year seems like a lot of money, but this should be seen as a necessary first step.

First, this $100 million has many targets including MRSA or Acinetobacter and if you think about the way NIH defines antimicrobial resistance, most might go to non-bacterial pathogens. Second, when you compare it to the funding spent confronting a single viral pathogen, HIV, it quickly becomes clear that more is needed. For example, NIH spent $3.075 billion on HIV/AIDs research in FY12 and expects to spend the same amount in FY13. Thus, if we assume flat budgets, that would be roughly $23 billion by 2020. $23 billion is 30 times $761 million. Exactly. Well, not exactly, but you get my point.