The boiling frog and antibacterial resistance 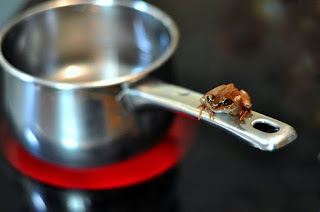 I just returned from IDWeek in San Diego (as many of you have). I will say that it wasn't the same as having a standalone SHEA meeting - fewer impromptu hotel lobby discussions and few Europeans - but it had its moments. For one, the sessions were better attended - I think many ID physicians who would normally not travel to a spring SHEA meeting, wandered into infection prevention sessions. Perhaps they direct the infection control committee at their hospital and wanted an update. It was also interesting to see the community protesters out in force; we don't get that kind of attention in infection prevention...but perhaps we should.

The Lyme disease guideline protesters did get me thinking about community action and infection control and why we don't get that kind of attention.  The early nineties saw plenty of HIV/AIDS protests and now that MRSA alone is associated with similar mortality (imagine if you add MSSA, VRE, KPC, NDM-1, ESBL, MDR-acinetobacter), I wondered if and when the public and clinicians would wake up to a world without antibiotics and get angry.  I know there are differences between the HIV and MDRO epidemics. Yes, HIV is a single virus that struck young people down in the prime of their lives, but with MDROs we're facing a world with unsafe surgery (or no surgery), death during neutropenic fever and perhaps fewer transplants. So why is there such a huge difference in our responses?

I think a major reason that MDROs attract little attention is that the emergence of resistance occurs too gradually. A useful metaphor in this case is the boiling frog.  The story goes that if you place a frog in boiling water, it will immediately jump out, but if you place it in cool water and slowly turn up the heat, it will be boiled alive. Since carbapenem-resistance Gram-negatives didn't just appear one day like HIV, we see less response to the problem. We had penicillins to protect us and when they failed we had cephalosporins and then when they failed we had the carbapenems. The problem is, we stopped investing in antibiotic discovery 30 years ago, and there is nothing after carbapenems. So now, we must wait 10-20 years for new antibiotics and we MUST invest in infection prevention research and implementation. I think MDROs are due for a protest movement, but it probably won't appear. We all love a good warm bath, now don't we. 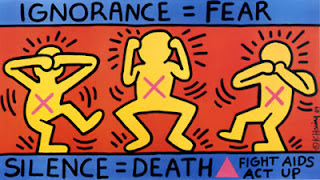