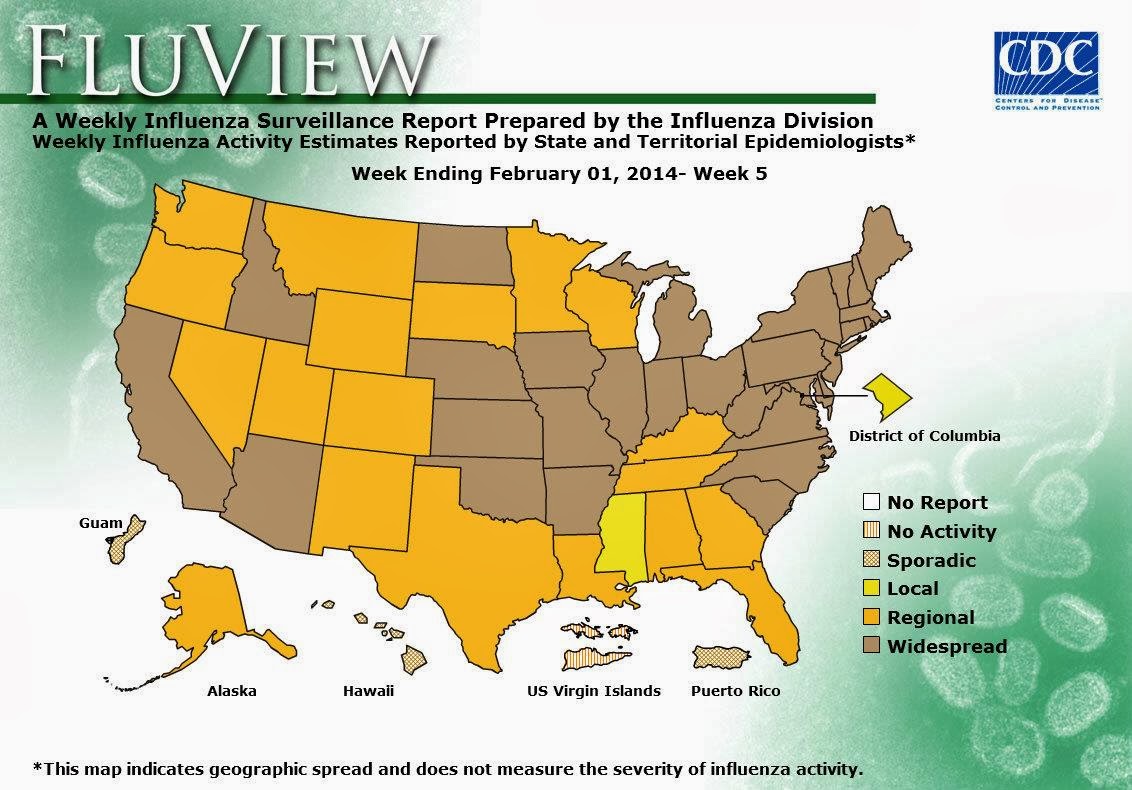 This flu season seems to be having a huge impact, though the data from CDC don't seem to be giving a complete picture. It is clear that many states continue to be experiencing widespread activity, but the national data don't capture the severe morbidity and the mortality that is occurring in young adults due to H1N1. Just at my hospital we have had several young adults require ECMO. We have heard reports of hospitals having to borrow ventilators due to the number of patients with influenza associated ARDS, and we are aware of deaths due to hospitals exceeding their capacity to provide ECMO. There is the perception among many clinicians that the severity of disease seen this year exceeds that seen during the 2009 H1N1 pandemic. Part of the problem, at least in Virginia and many other states, is that influenza deaths in adults are not reportable, nor do we have accurate data on patients requiring mechanical ventilation or ECMO. Perhaps it's time to rethink influenza surveillance particularly since diagnostic testing has improved significantly over the past few years.
Email Post
Labels: H1N1 influenza