Sometimes, what we suffer from is bigger than we think 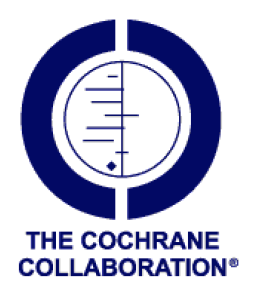 There was a time when the makers of Tamiflu (oseltamivir) ran ads with the tagline "sometimes, what we suffer from is bigger than we think" urging folks to see their doctor for viral URIs and get treatment for the influenza.  Now, however, I think the tagline is perfect for describing the predicament clinicians, public health officials and governments are in when trying to decide what to do with neuraminidase inhibitors (oseltamivir and zanamivir) for influenza prevention and treatment. You see, what they all suffered from when trying to decide what to recommend was a missing data problem, specifically unpublished clinical trial data held back by the pharmaceutical companies (Roche and GlaxoSmithKline). This "missing data" problem was bigger, much bigger, than initially appreciated.

Today, the Cochrane Review updated the "Neuraminidase inhibitors for preventing and treating influenza in healthy adultsand children" based on full internal reports of 46 clinical trails. The key findings are that neuraminidase inhibitors reduced the duration of symptoms by 1/2-day in adults, with data uncertain in children and that there was no evidence of a reduction in hospitalisations or serious influenza complications including pneumonia in adults or children. Side-effects, such as nausea, vomiting, psychiatric events etc, were significantly more common in the oseltamivir treated groups. In prophylaxis trials, both agents reduced the risk of symptomatic influenza in individuals and in households.

Some quotes from key individuals involved with the release of this report:

Dr. David Tovey, Editor-in-Chief, Cochrane: “Initially thought to reduce hospitalisations and serious complications from influenza, the review highlights that Tamiflu is not proven to do this, and it also seems to lead to harmful effects that were not fully reported in the original publications."

Dr. Tom Jefferson and co-authors of the review: “We urge people not to trust in published trials alone or on comment from conflicted health decision makers, but to view the information for themselves.”

Dr. Fiona Godlee, BMJ Editor: “We need the commitment of organisations and drug companies to make all data available, even if it means going back 20 years. Otherwise we risk another knee-jerk reaction to a potential pandemic. And can we really afford it?”

Dr. Harlan Krumholz, Yale Professor, wrote an accompanying editorial in the BMJ. In addition to describing the surprising need for more studies 15 years after the drugs were approved and listing the current and outdated public health guidelines he emphasized that "from a health system perspective, the enormous expenditures do not appear to have commensurate benefit."

UPDATE: CDC Says Stay the Course; Main reason appears to be that observational data were not included in Cochrane analysis. Of course, it is unethical to do an RCT in a pandemic, so much of the data required for decision making around pandemic preparedness wouldn't be from RCTs.