Adventures in the microbiome (part 2) 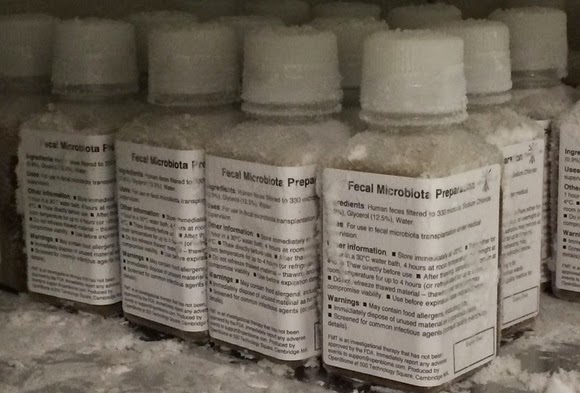 There's an intriguing case report that was just published in Clinical Microbiology and Infection. The authors describe a 60 year old man status-post renal transplant who had 8 episodes of transplant pyelonephritis with ESBL-producing E. coli. Due to graft failure, transplant nephrectomy was performed. Despite that, he remained persistently rectally colonized with the infecting strain, and was therefore removed from the waiting list for re-transplant. He then underwent fecal transplant via a nasoduodenal tube. One week later, rectal culture was still positive for the ESBL E.coli. However, beginning 2 weeks post-transplant, his rectal culture was negative and remained negative during 12 weeks of follow-up. Due to the fecal transplant, he is now back on the transplant waiting list.

Over a year ago, I blogged about a study where fecal transplantation was used to successfully eradicate VRE colonization in mice, so biologic plausibility clearly exists for MDRO decolonization. This indication could potentially greatly increase the demand for a procedure that is limited on the supply side (i.e., too few providers willing to perform the procedure). But it's another great example of the importance of the microbiome and the implications of being able to therapeutically alter it.