Antibiotic prophylaxis isn't needed for removal of below the knee orthopedic implants? 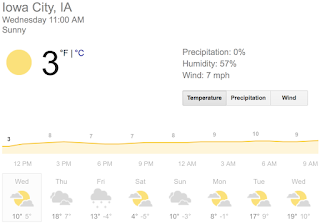 Wow, it has been wicked cold this week and it's only going to get colder. It's so cold that I stayed inside and read JAMA RCTs instead of racing to the mall and fighting for discounted gift wrap. Besides adding to my ID knowledge, perhaps this latest polar vortex is also behind the reduced flammability of the ID profession? One can only hope.

The folks that follow me on twitter know the real reason I'm staying current on JAMA studies is that I've recently accepted a position as an Associate Editor for a new JAMA journal called JAMA Network Open. This open-access journal will begin accepting manuscripts in early 2018. Get those fingers typing - one way to protect yourself from frostbite...

In the Boxing Day issue of JAMA there was a very nice multicenter, double-blind RCT comparing surgical site infection rates post removal of below-the-knee orthopedic implants in patients receiving 1g cefazolin vs saline placebo. The 470 randomized patients were from 19 hospitals in the Netherlands and patients were excluded if they had active infection, fistula or were receiving antibiotics. Outcomes followed CDC definitions. Implant removal is considered a clean procedure with expected SSI rates of 2 to 3.3%, so apparently antibiotic prophylaxis isn't indicated; although reported SSI rates have been higher in removal vs implantation procedures, so some recommend prophylaxis.

Few thoughts. First, this is an underpowered study. It's true that they hit their target sample size, but their estimates were completed using rosy expectations for the benefits of cefazolin and were not selected based on clinically meaningful reductions in SSI. Many might think a 2% absolute reduction in SSI is clinically meaningful. Second, the authors suggest that the high rates of SSI might have resulted from very low thresholds for starting antibiotics if there was "the slightest suspicion of a SSI." Since CDC definitions define SSI based on receipt of antibiotic treatment, this behavior could have biased the rates. Finally, deep SSI rates were 0.4% (1 patient) in the cefazolin group and a far higher 2.9% (7 patients) in the placebo group, (absolute risk difference, −2.5 [95% CI, −5.7 to 0.4]). Since the study was powered for the primary outcome, all SSI, not much was made of the big difference in deep SSI.

The end result might be disappointing but this is no discredit to the authors and clinicians behind the study - RCTs are very hard to design and implement  - thumbs up for all their efforts. With that said, I would prescribe cefazolin as a peri-operative antibiotic during implant removal below the knee since a 2% absolute reduction in all SSI and a 2.5% reduction in deep SSI are both clinically meaningful benefits. I will then wait for another larger study powered using clinically meaningful SSI targets, including deep SSI.