Skip to main content
Labels
Posted by Dan Diekema May 23, 2013 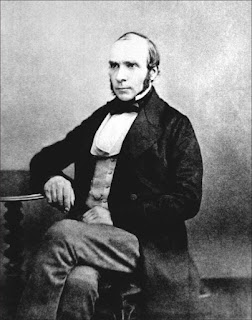 We now revere John Snow, the father of modern epidemiology, for his brilliant work in tracing (and eliminating) the source of a cholera epidemic. Back in the day, though, Lancet founding editor Thomas Wakley was, to put it mildly, not a big fan. Here is John Snow’s obituary, published in Lancet on June 26, 1858:

“This well-known physician died at noon, on the 16th instant, at his house in Sackville Street, from an attack of apoplexy. His researches on chloroform and other anaesthetics were appreciated by the profession.”

Well, last month Lancet decided to right this wrong by publishing a “corrected” obituary. Read the interesting backstory for an explanation of why Snow had so many critics at that time. Note his private life, which mirrors that of many present-day epidemiologists:

“He took no wine nor strong drink; he lived on anchorite's fare, clothed plainly, kept no company, and found every amusement in his science books, his experiments and simple exercise”


h/t to the Iowa Dept of Public Health for including the Lancet link in their weekly update
Email Post
Labels: John Snow