Norovirus outbreak with a twist 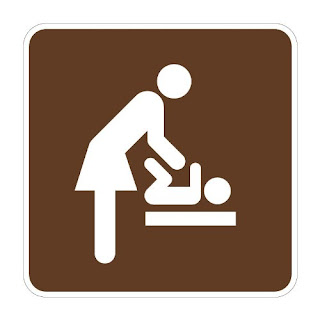 There's an interesting outbreak investigation in the latest issue of Clinical Infectious Diseases. Twelve employees at an auto dealership developed gastroenteritis after consuming a catered lunch during a business meeting. The dealership wisely contacted the sandwich shop and the health department. At first glance, this appeared to be a typical point-source foodborne outbreak. However, shoe-leather epidemiology uncovered some interesting details. On the day of the outbreak a customer was observed in the women's bathroom with her toddler. An employee noted that the mother was holding the child over a trash can, with stool "spraying" from the child. The baby's diarrhea resulted in extensive environmental contamination of a baby changing station, walls and floor. The employee assisted in the clean-up. Ultimately, it was shown that specimens from the employees and the toddler were positive for identical viral strains of norovirus, and the same viral genotype was found on the baby changing station. So here we have another paper that demonstrates the importance of environmental contamination in the transmission of norovirus. Importantly, some routine cleaning products are not effective against norovirus, for which chlorine bleach remains the recommended cleaning agent.
Email Post
Labels: norovirus outbreak