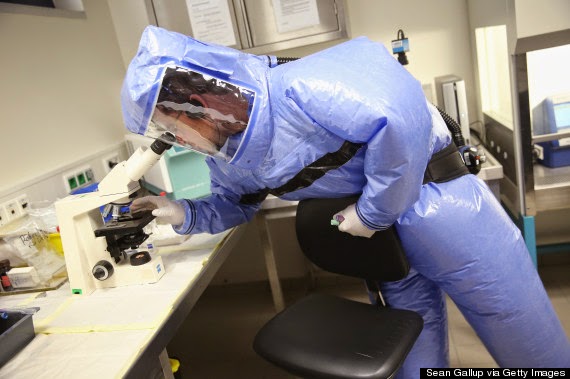 The tragic death of Dr. Martin Salia has triggered a spate of news articles about the limitations of Ebola diagnostic testing. According to news reports, Dr. Salia tested negative twice early in his symptomatic period, and was already quite ill by the time he tested positive.

The fact that the most sensitive Ebola virus diagnostic test (PCR applied to a blood sample) may not be positive until 3 days after symptom onset is well known, however. The reason for this has to do with the pathogenesis of Ebola virus infection. The point of entry and initial replication for Ebola is the “dendritic” cell. Present in large numbers in the skin, mucosa and intestinal lining, dendritic cells are sentinels, guarding the interface between the human immune system and a hostile environment. They encounter invaders, engulf them, and present their antigens to cells of the adaptive immune system. Dendritic cells carry the virus to lymph nodes and other organs of the “reticuloendothelial system” (liver, spleen). So before the virus reaches detectable levels in the blood, there may be hours-to-days of replication in these cells and organs, along with symptoms of fever and fatigue. A test, even a very sensitive test, that is applied to blood will not detect the virus until it appears in the bloodstream in larger numbers.

This lack of a rapid and accurate diagnostic test early in the Ebola disease course is a major problem—not only for early initiation of therapy for those infected, but also for the management of “persons under investigation” (who may require Ebola-level isolation precautions for several days while awaiting a negative test that has been taken at least 3 days after symptom onset).

But this problem plagues infectious diseases diagnostics generally. As this recent Lancet ID article points out, the lack of early and sensitive diagnostic testing is one reason why so many patients in our hospitals receive days of unnecessary antimicrobials. More on this study later, perhaps from Eli, one of the authors!