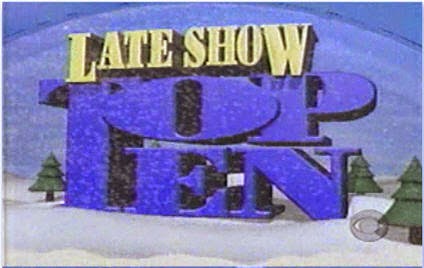 You've seen the numbers. The CDC estimates that 23,000 deaths are caused by antibiotic resistant pathogens annually and as many as 14,000 of these deaths are linked to C. difficile. Every time I look at those numbers, they make me incredibly sad. First, they include all C. difficile deaths and not just those attributed to fluoroquinolone-resistant C. difficile, for example. This tends to incorrectly overweight the importance of C. difficile relative to other pathogens. Second, and you've heard me rant about this before, they only count deaths caused by the small proportion of bacterial pathogens that happen to be resistant, as narrowly-defined. This would tend to diminish the importance of bacterial pathogens compared to other causes of death (e.g. accidents). But I'm getting ahead of myself.

The numbers I'm about to throw at you are very rough estimates. I'm using these estimates to illustrate a point and hope that others will eventually provide more accurate estimates. If you think I need to correct a specific number, let me know in the comments, and I'll do my best to make the change - but I'm not promising.

Let's take S. aureus as an example. The CDC estimates that 80,000 infections and 11,000 deaths are attributed to MRSA each year. In 2005, they also estimated that MRSA was associated with 18,650 deaths, but I'll be conservative and stick with 11,000. Per this 2013 NHSN report, the proportion of S. aureus that were MRSA ranged from 43.8% (SSI) to 58.7% for CAUTI. I'll use the lower proportion (44%) since this allows for some mortality secondary to more community (less MRSA) infections. However, I suspect most patients that die from S. aureus infection will ultimately be hospitalized. For simplicity, I will also assume that MRSA is twice as lethal as MSSA (AKA penicillin-resistant S. aureus).

Thus, if we used the CDC rankings to fund research and prevention activities, we would rank C. difficile at the top of the report. However, if we used my ranking system, S. aureus (MSSA+MRSA) ranks ahead of CDI. Since most interventions to prevent MRSA deaths would also work against MSSA (vaccines, new antibiotics) shouldn't both types be included in burden of disease estimates? The imbalance gets worse when you look at Gram-negative infections. Do we really only care if grandma dies of the 2-12% of E. coli or Klebsiella that are resistant to carbapenems? Do we really only count the 610 deaths from CRE and 1700 from ESBL? Clearly it would be better if we counted all deaths from E. coli and Klebsiella and projected a future where almost all strains would be ESBL or CRE.  This would allow us to make better decisions regarding current and future research priorities and prevention efforts.

I suspect if the S. aureus mortality estimate jumps from 11,000 to 18,000 when counting MSSA, it's not a stretch to imagine that deaths from bacterial infections would approach 100,000 in the US. If we count attributable mortality appropriately, deaths from bacterial infections would be a top 10 cause of death in the US. Top 10 means more money for research and prevention. Let's get these numbers right - grandma is counting on us.
Email Post
Labels: burden of disease CDC MDRO MRSA MSSA research priorities