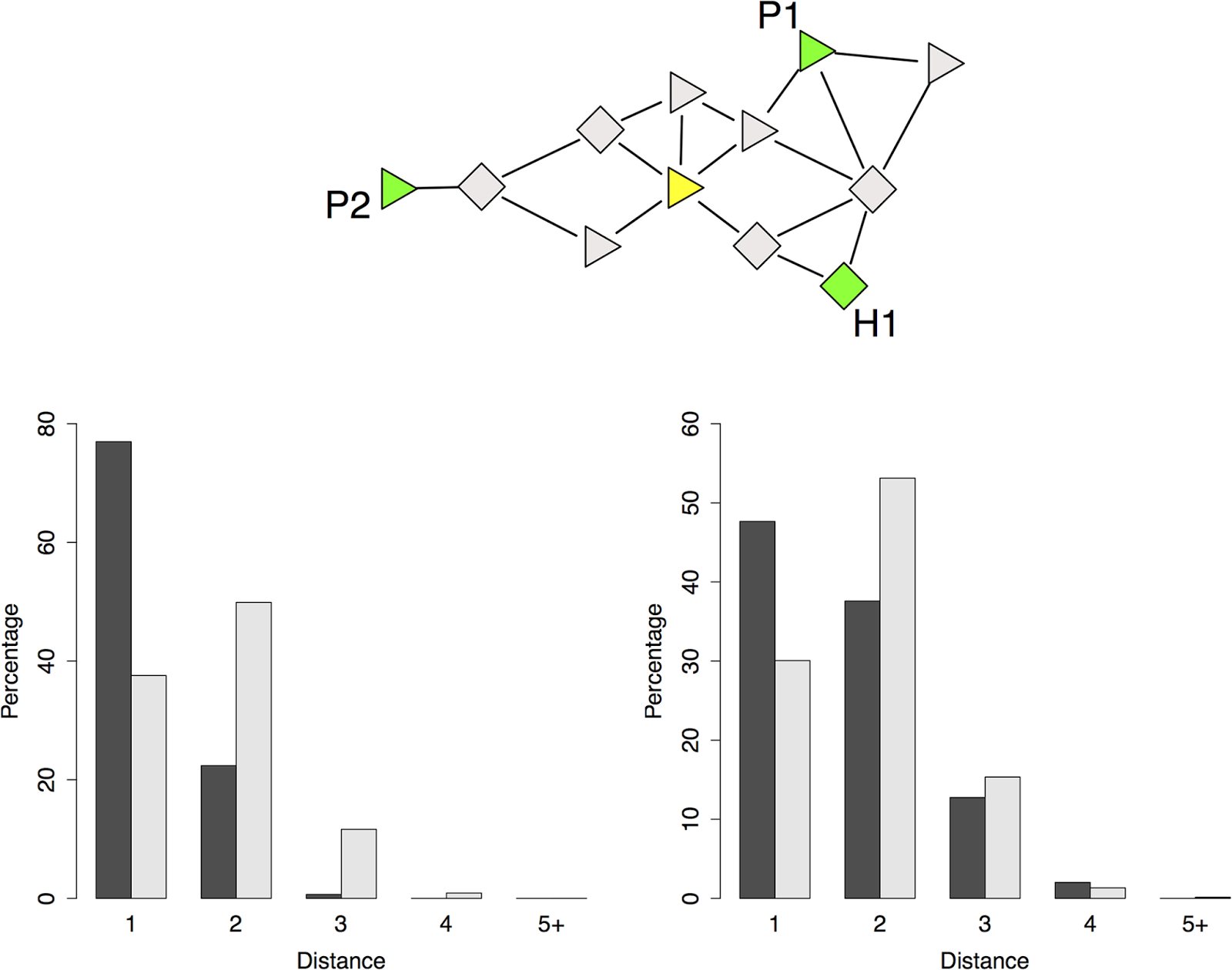 There is little doubt that S. aureus is transmitted between patients via contaminated hands, white coats or fomites carried by healthcare workers. Fortunately, that doesn't curb the enthusiasm of scientists seeking to understand the mechanisms of transmission in clinical settings. A case in point is a recent study in PLOS Computational Biology by Thomas Obadia and colleagues that tracked healthcare worker (HCW) and patient close proximity interactions (CPI) via small wireless sensors and correlated the interactions to incident S. aureus colonization.

The study was conducted in a 200-bed LTCF in France and utilized data collected from 329 patients and 261 HCWs over a 4-month period. Using weekly nasal swabs from all patients and HCW, they spa-typed and determined the resistance profiles to antibiotics of each detected S. aureus. Isolates were considered identical if they shared the same spa type and resistance profile. Incident cases were only considered in patients since HCWs could have been transiently colonized and missed by the weekly swab interval. Each incident case was evaluated to confirm that at least one time-consistent CPI in the prior three weeks with the same strain was possible. The 3-week interval was chosen since all but 4 cases could be linked to another patient with the same strain during that time period.

Without going into all of the statistical modeling methods, major findings include:

(1) When limiting the analysis to the 201 patients not already colonized on admission, 73 acquired S. aureus. The one-month acquisition rate was 33%.

(2) Time to acquisition among new admissions did not change based on the number of colonized neighbors in the preceding week using either raw number of CPIs nor cumulative duration of CPIs.

(3) There were 237 incident cases throughout the 4 months in 111 patients. Only 173 had candidate transmitters. The analysis was limited to 153 because sensors failed to record a CPI in the prior week in 20 cases.

(4) A CPI path existed for 149 of 153 episodes. As seen in the example figure above, P1 (patient) and H1 (HCW) were two-hops away from the incident case. P2 was three-hops away. In the same figure, distance between a transmitter and an incident case (black) was shorter than random simulations predicted (white). Additionally, a direct contact between candidate transmitter and incident case (i.e one hop away) occurred in 48% of cases vs. 30% expected by random chance. These findings supported that CPI predicts S. aureus incident colonization.

(5) HCWs spent about 20% of their shifts in direct contact with patients (110 minutes over 8 hours) and had CPIs with 15 unique individuals during their day (9 were patients, 6 other HCW) with 3.7 hours spent in contact with others. 36.3% of HCW were colonized with S. aureus.

(6) Interestingly, patients had CPIs with 12 unique individuals each day (half were other patients). Overall, patients spent half of their day (12.2 hours) in contact with another person.

A few thoughts. Studying social interactions and transmission in long-term care settings using these methods is quite brilliant. Given that LTCF cohorts are more stable with longer lengths of stay, it is easier to catch acquisition events through repeated screening. It is also important to note the huge amount of contact that LTCF residents have directly with each other - around 10 hours/day. This sort of social interaction among residents is not seen in acute care hospitals and goes a long way to explain why infection control in LTCF is so critical (and so extremely difficult). Given the richness of the CPI data, including frequency and duration of contacts, new mathematical models using these parameters could provide more accurate estimates of S. aureus transmission and effectiveness of candidate control strategies.

One issue that I think the authors might want to address in future studies is the use of spa typing to link transmission events. It is true that they also used susceptibility data, but it is my understanding (from one of Dan's earlier posts) that the discriminatory power of spa typing may be suboptimal. I hope Dan will provide his thoughts on this in the comments.