Punished for precision (or, too much information (TMI) from the micro lab!) 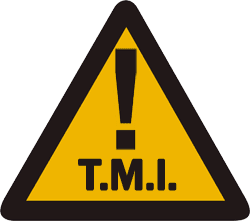 We recently had a patient's blood culture turn positive for a Gram-positive, catalase-positive, facultative diphtheroid. In the “pre-MALDI” era, we’d have called this isolate a “diphtheroid”. Taking into account other aspects of the case, the NHSN definition would have categorized this as a contaminant (diphtheroids being on the “common commensal” list maintained by NHSN). By virtue of the wonders of mass spectrometry, we are now able to identify the organism to species-level as Actinomyces neuii, an organism previously categorized as CDC group 1-like coryneform bacteria (also on the “common commensal” list).

Actinomyces neuii isn’t anywhere on the NHSN organism lists. However, Actinomyces species (as a group) can be found on the “all organisms” list but NOT on the “common commensal” list. The NHSN rules tell us we have to categorize any organism on the “all organisms” list that isn’t also on the “common commensals” list as a pathogen, meaning this positive blood culture now helps define a central-line associated bloodstream infection (CLABSI).

And that’s the story of how a contaminated blood culture became a CLABSI. We’ve had other similar cases since we introduced MALDI-TOF. Before the CLABSI rate became worth millions of dollars to a hospital’s bottom line and reputation, this might have been easy to navigate. Now, though, it’s a much bigger deal.

These and other issues regarding the impact of microbiological advances on infection prevention will be discussed at SHEA 2015 (ever heard of it?). Register now!
Email Post
Labels: CLABSI MALDI-TOF NHSN