Is hospital design making us sicker - Wait for the RCT? 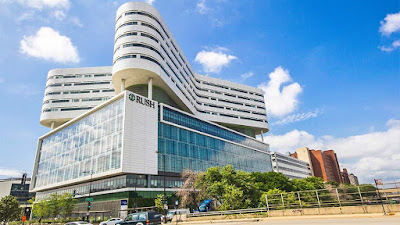 We've written often about cognitive biases and how they influence medical decision making. How else can we explain one colleague demanding RCT evidence before supporting influenza vaccine mandates for healthcare workers while at the same time ignoring the lack of RCT evidence when pushing bare below the elbows?  And what about another colleague calmly supporting influenza vaccine mandates yet slamming bare below the elbows while wearing his professional white coat and demanding cluster randomized trials? Confirmation bias anyone? (note: both of those colleagues have been me at various points in my blogging "career")

We've also written often about hospital design and how it might be changed to improve infection control. On this subject there was a nice editorial in the NYT a few days ago by Dhruv Khullar that linked poor hospital design to excess healthcare associated infections, falls and noise impairing sleep. I've included his paragraph on HAI below.

"It’s no secret that hospital-acquired infections are an enormous contributor to illness and death, affecting up to 30 percent of intensive care unit patients. But housing patients together very likely exacerbates the problem. Research suggests that private rooms can reduce the risk of both airborne infections and those transmitted by touching contaminated surfaces. One study reported that transitioning from shared to private rooms decreased bacterial infections by half and reduced how long patients were hospitalized by 10 percent. Other work suggests that the increased cost of single-occupancy rooms is more than offset by the money saved because of fewer infections. Installing easier-to-clean surfaces, well-positioned sinks and high-quality air filters can further reduce infection rates."

If you click on the links like I did, you'll notice one links to a 2008 JAMA editorial, another to a single hospital, uncontrolled quasi-experimental (before-after) study, another to a cost-analysis based on data from a single ICU, and the last to a 2008 non-analytic literature review. Given how expensive it is to convert hospital space from double (or more) to single hospital rooms and how scant the evidence appears to be, I suggest we consider the opportunity costs of these recommendations. If we won't spend any money on robust hand hygiene compliance programs, why should we support these huge architectural changes? Shouldn't we have more studies that examine bathroom location, copper surfaces, room proximity to nursing stations, lighting, alert systems, etc etc, before we rebuild hospitals that we'll be stuck with for the next 30 years?

Take the case of the beautiful Rush University Hospital that opened in 2012 (image above). I drove by it 3 weeks ago and to my (not) surprise, it was no longer gleaming white but more of a zebra-striped white/grey/black from air pollution. The hospital, I assume, is now stuck with years of cleaning expenses after a marketing/architectural leader no doubt suggested "white=clean=hospital" and will have less money in their infection control budgets. Did someone study white buildings in industrial cities?

Why do we fight over cheap reversible policy changes and not over expensive irreversible changes to our hospitals? I'd much rather support bare below the elbows or even influenza vaccine mandates - programs that can be reversed if additional trial data becomes available - than these hugely expensive, irreversible architectural changes. I'm holding out for better randomized trial data.