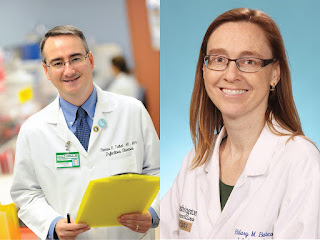 We invited our good friends Hilary Babcock and Tom Talbot, distinguished epidemiologists and co-authors on the SHEA statement regarding mandatory influenza vaccination of healthcare personnel (HCP), to respond to our previous posts on this topic.  Thanks, Tom and Hilary!

Disclaimer: This commentary solely represents the opinions of the authors and does not represent an official statement from SHEA


Nothing seems to ignite the fires of the Controversies blog like a few key infection prevention topics: CAUTI as an HAI metric, bare below the elbows, and the topic of a recent blog post, mandatory HCP influenza vaccination and the SHEA 2010 Position Paper. As authors on the 2005 and 2010 SHEA papers, we provide a different perspective on the issue.

A key misconception of opponents of mandatory influenza vaccination programs is the claim that the 4 cluster RCTs referenced in the recent post are the only evidence underpinning the position of SHEA (and the numerous other professional societies also endorsing such policies). The 2005 SHEA paper has 100 references while the 2010 paper has 63, a majority of which are peer-reviewed publications in the medical literature. The 4 RCTs noted are far from the only “papers on which SHEA based its recommendation,” as Dr. Edmond states and the De Serres paper implies.

These studies are not perfect by a long shot and the challenges of accurately studying the impact of HCP vaccination on patient outcomes have been nicely highlighted in analyses of these trials, of which there are several – the De Serres paper highlighted in the blog, a CDC analysis that came to different conclusions (and surprisingly was never featured as a blog post), and three separate Cochrane analyses (are there not enough topics out there for them to review??). We also encourage readers to closely review the detailed editorial that accompanied the De Serres paper for an excellent response to the many assumptions in their analysis. If only other infection prevention proposals were scrutinized as heavily as these 4 studies (cough, cough, we’re looking at you bare below the elbows . . . ). Of note, the limitations of these 4 trials were noted in the 2010 SHEA paper, which also cites the first Cochrane analysis in that discussion (despite claims to the counter).

What is missed in the arguments against mandatory programs (including the recent blog post) is the biologic rationale and additional supporting evidence for this strategy as part of a comprehensive infection prevention program. We refer readers to the 2005 and 2010 papers for more detail but summarize briefly here:
Fortunately, as more institutions have employed a mandatory program, new evidence that further supports the need for HCP immunization that was not available when we wrote the 2010 paper has emerged:
Even more important than the impact on HCP illness is the impact on patient outcomes:
We don’t have time to go into the ethical arguments for HCP vaccination or the need to broaden these programs to include all recommended immunizations for HCP, but we close with a noteworthy pronouncement made by the Board of the National Patient Safety Foundation’s Lucian Leape Institute: there are two “must do’s” for HCP to ensure patient safety, hand washing and HCP influenza vaccination.

Time to stop re-analyzing those 4 poor cluster RCTs – that horse has been beaten to death. 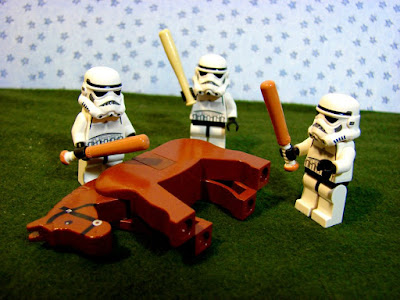