Exposing the myth of "UTI"

Last year, I posted on a commentary by Tom Finucane where he questioned the validity of the concept of "UTI." In a new paper in the Journal of the American Geriatrics Society, he expands on this, adding more evidence to question long-held dogma. I've read this paper three times, and have to admit it leaves you feeling a little like you did when you learned there is no Santa Claus. Most physicians have treated patients for "UTI," and we have long believed in the existence of what we thought is a common pathologic process. Tom Finucane shatters that thinking. 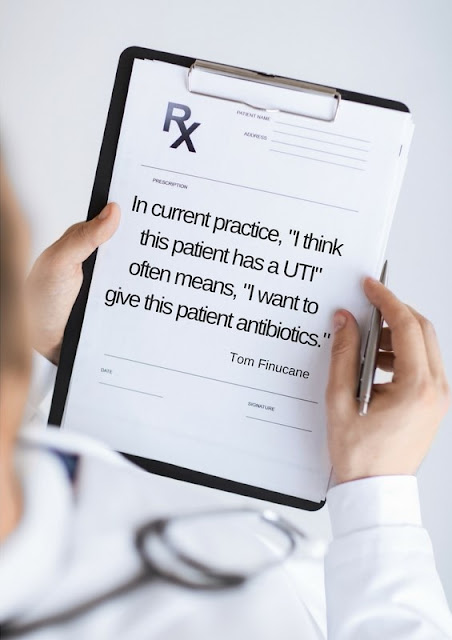 He lays out a number of important arguments:

This paper is a must read for anyone interested in antimicrobial stewardship since "UTI" is one of the most common indications for initiating antibiotics in both the inpatient and outpatient settings. Dr. Finucane points out that the term "UTI" itself drives the antibiotic-prescribing reflex. And importantly, he notes that most people treated for "UTI" would probably be better off without treatment. "UTI" is deeply entrenched in our thinking, and although reducing antibiotic treatment of this flimsy construct will be difficult, this paper is a call to action.
Email Post
Labels: antimicrobial stewardship uti