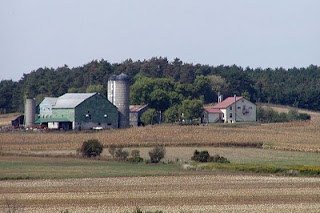 According to an article in today's NY Times, the FDA has just released a new policy limiting agricultural antibiotic uses to settings protecting animal health, and stating that veterinarians should be involved in the drugs’ uses. Various estimates suggest that between 13% and 70% of total antibiotic use occurs in agricultural settings solely to promote animal growth. These new changes may reduce slightly the amount of penicillins and tetracyclines used in animals. However, it is not clear that limiting "old" antibiotics such as these will have a large impact on MDR-bacteria in humans since it represents marginal use of antibiotics with resistance genes/mechanisms already circulating.

This quote from the article seems accurate: "In the battle between public health and agriculture, the guys with the cowboy hats generally win."