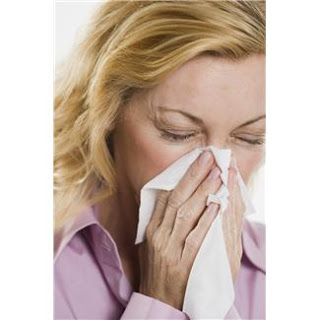 Like hand hygiene, getting workers to stay home when sick is an example of a horizontal infection prevention strategy. Horizontal strategies are multipotent (not aimed at a single pathogen), generally simple methods. While most humans inherently know that it's not a good idea to come to work with fever or diarrhea, many either can't or won't stay home and risk infecting co-workers, customers, or patients.

One major reason for presenteeism is lack of sick time, a particular problem for food service workers and other low wage earners. But the healthcare industry has its problems too, as many hospitals provide workers with paid time off (PTO) as opposed to sick leave. PTO is time that can be used for vacation, personal days or sick time. While this has some advantages, it also presents problems. For example, time off for illness reduces vacation time, so a sick worker may have to choose between working with the flu or going to Disney World. A worker that has used all of his PTO, may also feel compelled to work while ill.

New York City took a step in the right direction yesterday when it mandated five days of sick leave with pay for employees who work in companies with 20 or more workers. Smaller businesses will be forced to allow workers to have sick leave without pay with no threat of job loss.

From a public health perspective, the first step to reducing presenteeism is ensuring that workers have sick leave. However, for doctors and nurses, we'll need other solutions to keep them home. Perhaps denormalization of presenteeism would be a start. Maybe someday coming to the hospital while sick will be viewed like smoking on rounds. While I bet that sounds implausible to many, I remember attending physicians smoking during morning report when I was a medical student in the mid-1980s.

So kudos to New York, the only city in the world with a mayor who has a school of public health named after him!