It's not about you. Really. Well, most of you 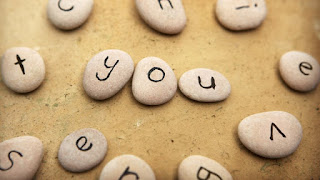 After my posts discussing construct validity and other issues with studies attempting to understand the effect of eliminating contact precautions, several folks expressed concern that I was specifically talking about their proposed study, published study, abstract or hospital.  Well, I can assure you that none of my recent posts are about your studies or hospitals. Well, expect one, but not the one you might be thinking about.

While it's true that there have been many notable back and forth discussions about contact precautions on this blog from its initiation, I greatly respect Dan’s and Mike’s right to implement infection control in their hospital, their way. For example, we might even agree that contact precautions reduce transmission of MRSA by a certain amount; however, they might decide that MRSA is rare enough in their hospital that contact precautions are not locally cost-effective. I might even agree. Others colleagues have been concerned that I’m commenting on their specific study including ones presented yesterday at ICPIC. Yet, I never attended the session where several studies of ESBL control methods were presented. Unfortunately, jet-lag prevented me from making the earliest session, so I can’t claim specific knowledge or concerns about those studies.

However, I will share what prompted my recent posts (and hopefully a few more). A few weeks ago I had the opportunity to hear about a planned study that will examine the effect of discontinuing contact precautions. This planned study is large, includes a diverse set of hospitals and has a randomized design. However, the study only plans to discontinue contact precautions in non-ICU settings and only track clinical cultures. So, in my opinion, the study has strong generalizability, good internal validity but very poor construct validity.

During the discussion of the planned study, I mentioned this issue. The PI on the study was very quick to say that sure, it's not a perfect study but isn’t some information better than nothing? Of course the PI knows that it is hard for other scientists to say no to that question. We all like data. However, in this case the answer is a resounding no. Any large study will have economic and other impacts. For example, one opportunity cost of funding a large study with poor construct validity is not funding another study that could have a stronger design. Additionally, if you aren’t measuring the outcome properly, how can you tell if your intervention is harming patients? This is a human subjects issue, potentially. So, hopefully they will add methods that can measure colonization on discharge or better yet track post-discharge infections.

There you have it. You can be assured that I wasn’t thinking about your study or hospital. Of course, I can’t promise the same in the future.
Email Post
Labels: Construct validity contact precautions