Global antibiotic resistance surveillance a.k.a. GLASS: one step closer to saving the world 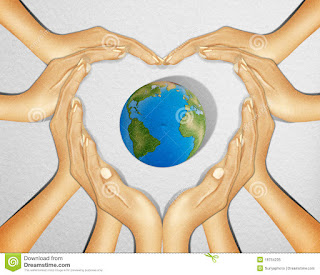 New surveillance data released a week ago by the World Health Organization (WHO) illuminates a step towards a coordinated and standardized way to perceive the AR problem worldwide. Most of the report focuses on healthcare-related bacteria, but it is not limited to this. Probably a hidden gem includes a standardized characterization of each countries capacity and reporting infrastructure.

In the first report from the WHO's Global Antimicrobial Resistance Surveillance System (GLASS), 22 countries submitted data on 507,746 isolates with antibiotic susceptibility testing results (range 72-167,331 per country). To no surprise, Escherichia coli, Klebsiella pneumoniae, Staphylococcus aureus, Streptococcus pneumoniae, and Salmonella spp are the most commonly reported resistant bacteria; most of these reports do come from sentinel laboratories reported to their country designee. Although some countries report high values of “percent resistance”, often these reflect a single laboratory.

The direction GLASS is going is forward! Which is great. Its strength right now is to provide a one stop shop and platform to quickly read how a country representative describes their AR surveillance effort.
You can choose a country and view data here:Tableau feature of GLASS

This may be helpful for grant writing, collaborations, and consultations; however, for a variety of reasons, the actual results are a bit data-penic, and somewhat of a convenience sample. This is not to fault the GLASS effort at all - countries clearly with the capacity to have insight, visualization, and concrete values on the magnitude of their resistance problem didn’t submit data to this data call.  Although the reasons may vary and all be very valid, it does make the report less of a comprehensive source of global variations in the magnitude of the problem. The power of standardize reporting of “representative” laboratories can (and I believe will) help local health and government leaders prioritize efforts in country. Hopefully additional countries (including the U.S.) will contribute to future data calls. Full report is here:GLASS 2017

Regardless, WHO now provides all of us with an interactive feature (Tableau) to view country specific infrastructures (I counted 37 countries) and data (from 22 countries, although I have not checked all 22).

I don’t envy WHO staff trying to herd cats (cats as in those of us having [or having had] a say in AR surveillance reporting) to try to get all countries to report out data to them in a standard way, but I do applaud their efforts and hope the data submissions become more comprehensive – and thus the interface more usable.

GLASS, which was launched in 2015 to help achieve the goals of the WHOs Global Action Plan on
Antimicrobial Resistance (AMR) includes establishing country-level surveillance of antibiotic use and resistance. There is a lot of momentum building globally on advancing in-country surveillance and innovation around tracking and transmission interruption. These include the Global AMR collaboration Hub in Germany (focusing on new drug development), SEDRIC (surveillance and epidemiology of drug resistant infections consortium), a new initiative funded by Wellcome Trust aimed to provide technical expertise and knowledge to address barriers with a focus on bringing new technology to bear on big data. In addition the Gates Foundation has contributed in numerous ways, including Grand Challenge Grants
Email Post
Labels: antibacterial resistance gates foundation surveillance WHO