The landscape of MRSA in America's largest healthcare system: Acquisition carries a 1-4% chance of infection in the following year! 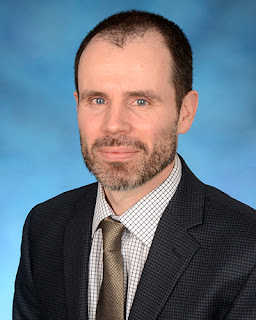 Note to readers: This is another guest post by esteemed FOTB (friend of the blog) Dr. Daniel Morgan. Soon I'll give him the keys, in the hopes he'll post more frequently!

One of the most informative articles I’ve read in 2018 on healthcare-epidemiology has largely sailed under the radar. This article summarizes the numbers for MRSA across the US Department of Veterans Affairs (VA). In the VA we perform active surveillance testing on admission and discharge to acute and long term care centers. A wealth of data is collected reflecting community and academic settings across all regions of the country. The reporting of extensive numbers without a single message probably made this study less eye-grabbing. The excellent team of data-savvy researchers at the Salt Lake City VA/University of Utah have done extensive cleaning and validating to come up with outcomes for almost 1 million first admissions from 2008-2015. Yes, 1 million patients who had MRSA surveillance tests on admission and discharge. They then followed them for a year post discharge to look for infection. Some may quibble that “acquisition” isn’t using whole genome sequencing but no past study comes close to having this much data. Congrats to Rich Nelson, Mike Rubin and colleagues! People should be dissecting these numbers for much guidance on MRSA. (And Mike, sorry to Lance Peterson you by reinterpreting your own data…but at least I didn’t title this “Mike Rubin’s team shows MRSA surveillance and isolation are of low value!”)

A few nuts and bolts:

I will focus on non-ICU admissions for ease of numbers, but ICU conclusions are almost identical. There were 902,354 total patients admitted to non-intensive care units.

Acquisition of MRSA carries a small risk of developing infection. In contrast to past articles, across a broad population, this is true even within a year of admission. For non-ICU admissions, acquisition of MRSA carried a 1%-4% risk of definite or likely infections within a year. (7% risk of possible infection) (even if discharged from an ICU the numbers are only 2.5-8.6% develop infections or colonization)

Previous studies have reported an absolute risk > 30%! Studies were often in a single tertiary care center, displaying how little those hospitals reflect the general population. This means THE BENEFITS OF PREVENTING ACQUISITION OF MRSA ARE SMALL. (Infections, however are important)

I know Eli and other friends may disagree, but we need to focus on infections. Preventing those is the metric that matters. >95% of patients wouldn’t even know they acquired MRSA (as they never would have had an infection).

The official conclusion of their paper--that acquiring MRSA poses greater risk than being colonized on admission--is true, but the effect is small: ~1% absolute difference.