Does the white coat make the doctor? 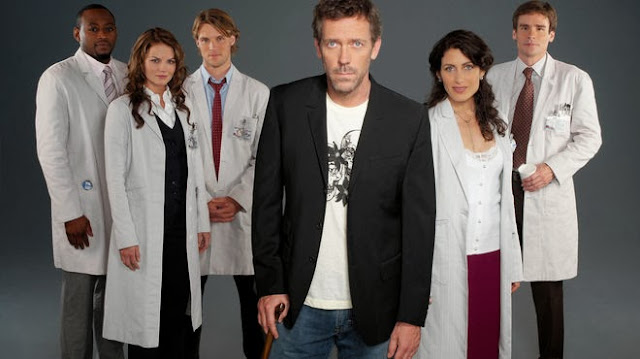 There's a new piece in The Atlantic entitled The Psychology of Lululemon (free full text here). I probably would not have read that article but for the fact that I was in Lululemon just a few days ago buying my wife some yoga clothes for Christmas. This turned out to be an interesting read. The premise of the piece is that athletic clothing makes people want to work out--that in some way, clothes have power over the wearer. Of course, I began to think about the implications of the white coat for doctors, particularly because I remembered a survey we did a few years ago where some physicians mentioned that wearing a white coat made them feel more confident. I must admit that at the time I thought that was fairly absurd.

The Atlantic article cites a study from the Journal of Experimental Social Psychology, which I reviewed. Turns out, Eli blogged on this paper last year, so I won't belabor all the details. In a nutshell, investigators at Northwestern University set up a series of experiments in which subjects performed cognitive tasks that measured selective or sustained attention. In one trial some subjects wore white coats and some didn't; interestingly, those who did performed better by a factor of two. In another experiment, all the subjects wore white coats but some were told they were wearing a doctor's coat, while others were told they were wearing a painter's coat. The doctor's coat group scored significantly better. The results led the investigators to coin the term enclothed cognition, which they defined as the systematic influence that clothes have on the wearer's psychological processes.

Rehashing this paper made me stop and wonder whether after being white-coat free for the past five years I should put that dirty old thing back on. It is true that I know some very smart physicians who are never to be seen without their white coats. On the other hand, I also know some white-coated doctors, probably just as many, that I hope to never meet on the other end of a stethoscope. Maybe I'm just too grounded in reality. As much as I wish that if I ensconced myself in Under Armour my athletic abilities would surge, there's not enough magical thinking on earth to tear me from the bitter reality that my skinny, scrawny body would not perform any differently.

While I'll have to bow to science and come to grips with the concept of enclothed cognition, I still believe that keeping patients from contact with contaminated coat sleeves trumps whatever small intellectual edge the white coat might provide. As the psychologists have shown, it's all in your head. So here's my recommendation: as you enter your next patient's room, bare below the elbows in your freshly laundered scrubs, stop for a split second and imagine yourself sporting a shiny white coat in all of its radiant splendor with a Superman logo blazing above the chest pocket. Then strut confidently into that room, and bedazzle the patient with your diagnostic brilliance.
Email Post
Labels: clothing white coats