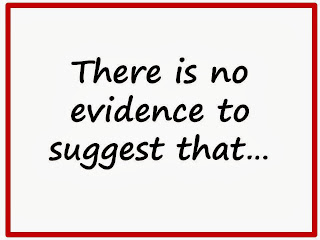 There's an interesting essay in JAMA this week entitled EBM's Six Dangerous Words. In it, Scott Braithwaite argues that physicians should banish the phrase "there is no evidence to suggest that..." He gives as an example: there is no evidence to suggest that looking both ways before crossing a street compared to not looking both ways reduces pedestrian fatalities. While that's technically true, as he puts it, such statements presume "a definition of evidence that requires formal hypothesis testing in an adequately powered study." It makes objective certainty the be-all and end-all, and "is ambiguous while seeming precise." I have heard hospital epidemiologists state that there is no evidence to suggest that white coats can transmit infections in the healthcare setting. Ok, but sometimes the common sense of the average Joe trumps the best the medical literature has to offer. Or so it should...
Email Post
Labels: evidence-based medicine