It's time to kill MRSA exceptionalism 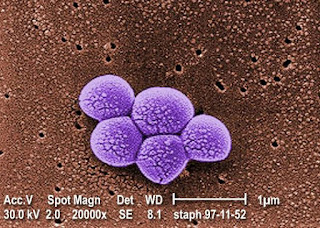 For nearly two decades, we've lived in a delusional state where many in the field of infection prevention somehow believed that MRSA was so much worse than MSSA that it needed to be treated in a special way. We needed to find all those who are colonized and isolate them (aka search and destroy). We needed to wrap ourselves in plastic before entering their room. We needed to destroy any unused disposable products that remained in the room at the time of hospital discharge. We needed to terminally clean the room in a special way. And on and on and on.... All because MRSA was special. We didn't need to do any of those special things for plain old MSSA.

Some of us have been baffled by this magical thinking from the start. After all, MRSA and MSSA are transmitted in exactly the same ways. We're even more baffled after we see the evidence that in the endemic setting search and destroy doesn't work and contact precautions don't work either. And can anyone honestly say that MSSA invasive infections are benign?

A new multicenter study of invasive S. aureus infections in hospitalized infants published in JAMA Pediatrics should drive another nail in the coffin of MRSA exceptionalism (free full text here). Nearly 4,000 infected babies were studied and outcomes were compared between MSSA and MRSA infections. MSSA infections were nearly three times more common. Although there was no difference in mortality rates between the two groups, twice as many babies died of MSSA infections.

We need to quit chasing pathogen-based approaches (vertical strategies) to infection prevention and focus on horizontal strategies that reduce infections from all pathogens (e.g., hand hygiene, stethoscope disinfection, bare below the elbows, chlorhexidine bathing). Because all pathogens are important. I often joke that I've never had a patient tell me that they don't want a MRSA infection, but they'll take an MSSA. And that is definitive proof that patients figured out that MRSA exceptionalism was a bad idea long before most hospital epidemiologists.