Letting the dumpster fire burn on and on

Over the past few weeks, we've seen a flurry of activity on the blog surrounding the decline of interest in the specialty of infectious diseases, as judged by the ever worsening Match results with fewer physicians entering the field. My post on IDSA's response (or lack thereof) generated a number of postings from IDSA officers. I appreciate their comments and have thought about them carefully. In the end, I'm sorry to say that I remain unconvinced that IDSA has a handle on either the problem or the solutions. I guess we'll know in a year when the next Match results are released. 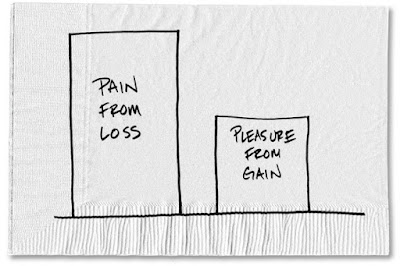 In a nutshell, I think the present inability to recruit resident physicians into infectious diseases is due to loss aversion. We humans seem to be hard wired to avoid loss. Losses have been shown to be twice as powerful as gains in decision making. Thus, the resident weighing their career options gets fixated on the fact that 2-3 additional years of training will result in a significant loss of income likely over their entire career. All of this is magnified by educational debt. And to add insult to injury, choosing infectious diseases over hospital medicine will also mean longer hours and less control over their work schedule. Thus, the disparities in income and lifestyle between the two options are impossible for most to overcome, even when ID may be seen as more interesting, satisfying, and intellectually challenging. Putting myself into the shoes of an internal medicine resident, I have to admit that I probably would have chosen the hospitalist path but for the fact that it didn't exist in 1989.

Much of what IDSA is focused on (e.g., generating more interest in the field), while noble, doesn't address the core problem. Most worrisome is the fatalism in the comments made on Eli's post regarding compensation. The message in essence was: RVUs are low for cognitive specialties; that's just the way it is, get over it. The hospitalists, who are victims of the same E&M coding/RVU system have been much more creative. They have convinced hospital administrators to subsidize their operations. Moreover, in most compensation models, full time clinical activity means just that (full time clinical activity), with perhaps some reduction given for scholarly activity for those in academic settings. But the hospitalists have redefined math. For them 0.5 = 1.0; that is, full time clinical activity for a hospitalist means working every other week. And at a fair wage, I might add.

Economically punishing individuals who undertake more training to become specialists is and will continue to be a losing proposition for ID. From a results-oriented perspective, IDSA's approach isn't working. Solutions will need to be out-of-the-box game changers not incremental baby steps. As the field of infectious diseases continues to die a slow death, I fear IDSA's response will be the same as it ever was: too little, too late.