See you at Starbucks! 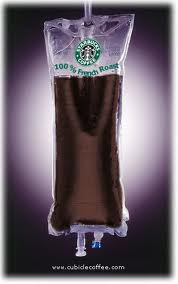 There is a very interesting study in the July/August issue of the Annals of Family Medicine from the Medical University of South Carolina (free full text here). Investigators there analyzed data from the 2003-2004 NHANES study, a survey designed to assess the health and nutritional status of the US populace, using an interview and physical examination on approximately 5,000 persons selected as a representative sample of the population. This study also included a nasal swab done on each participant, which found that 1.4% of persons in the sample were colonized with MRSA.

Using the NHANES dataset, the South Carolina  investigators found that persons who drank coffee or hot tea were half as likely to be colonized with MRSA, even when controlling for age, race, socioeconomic status, health status, hospitalization in the last year and antibiotic use in the last month.

Now it's important to remember that this is an observational study, which doesn't allow us to determine causation, as we know that these studies can be plagued by bias and confounding. Nonetheless, the authors do elaborate on the biologic plausibility for their tantalizing finding.