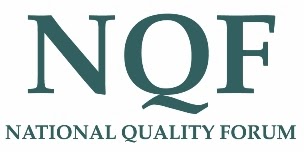 For the past month there has been an emerging and evolving scandal involving several key players in patient safety. From what I've gathered, Jonathan Stempel broke the story on January 9th in Reuters. There was a federal court case (U.S. ex rel. Kirk v. CareFusion Corp et al, U.S. District Court, District of Kansas, No. 10-02492) settled by CareFusion Corp after agreeing to pay $40.1 million for kickbacks to boost sales of CHG pre-surgical scrub and promote its off label use. Where this gets interesting is that a specific physician, Charles Denham, was named and apparently paid $11.6 million to promote ChloraPrep.

There is more to the story and for those interested, you should head over to Bob Wachter's excellent post describing the scandal and ProPublica's post with links to key documents including internal National Quality Forum (NQF) meeting proceedings. Briefly, Charles Denham the named physician was a key member of NQF and co-chair of the 2009 committee charged with updating their "Safe Practice" guidelines. It appears that he attempted to use his position to push 2% CHG, which is a formulation favored and produced by CareFusion. In addition, he was editor of the Journal of Patient Safety, a member of the Leapfrog Group (since resigned) and was highly connected in the patient safety movement.

It is all very concerning and in some ways sad. My major question is how can such important groups (Leapfrog and NQF) rely on someone to lead such important efforts when they've almost no background in patient safety including almost no research publications prior to becoming editor of the Journal of Patient Safety? It seems like that patient safety movement needs to identify and promote faculty within its ranks with strong scientific backgrounds and those without such strong ties to industry. The safety movement can't be about money, it just can't. I also wonder about CHG. A letter to the editor in the August 2013 ICHE by Maiwald and colleagues does a nice job highlighting some limitations in the current CHG literature. It's worth a read.