Where did all the pediatric HAIs go?

In keeping with the pediatric theme this week, there is a nice study just published in Pediatrics outlining the general trends in Pediatric HAIs between 2007 and 2012. Stephen Patrick and colleagues from Vanderbilt and Boston Children's Hospital used CDC NHSN data from 173 NICUs and 64 PICUs to track CLABSI, VAP and CAUTI rates.

The good news is that CLABSIs declined from 4.9 to 1.5 per 1000 central-line days in the NICU and from 4.7 to 1.0 per 1000 CL-days in the PICU. There were also significant reductions seen in VAP in both NICUs and PICUs. CAUTIs were not adequately reported in NICUs; however, in PICUs the authors found that CAUTI rates did not change significantly over the 6-year study period. I've included the NICU and PICU figures below. Importantly,  CLABSI rates were twice as high and VAP rates were over three times as high in very low birth weight ( < 1500g) infants. 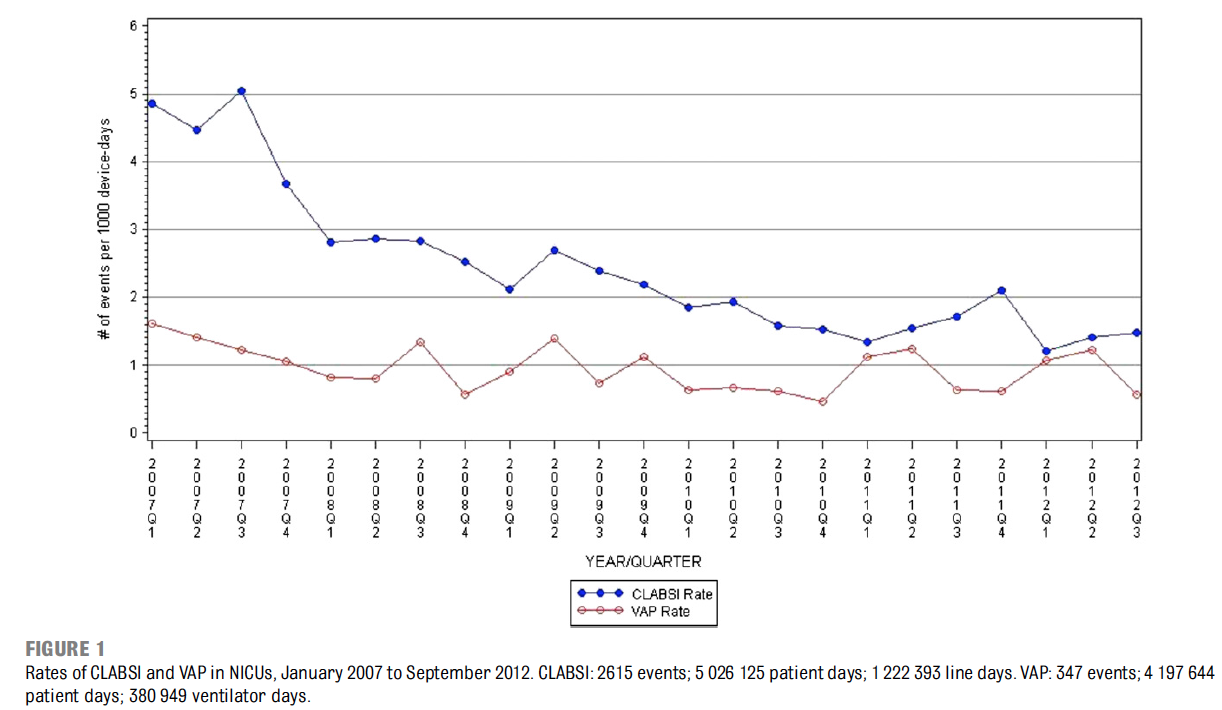 Apart from highlighting recent successes in reducing HAI, I think the main messages (as I've already stated elsewhere) are that HAI are still very common in VLBW infants and that rates remain above zero in all pediatric populations. Thus, despite cultural changes, implementation of insertion bundles and technological innovations, such as antimicrobial-coated catheters, we still need additional evidence-based methods to prevent HAI in children. While we might take this occasion to rest on our laurels and celebrate past successes, we should instead increase funding for development of HAI prevention interventions, particularly in VLBW populations. 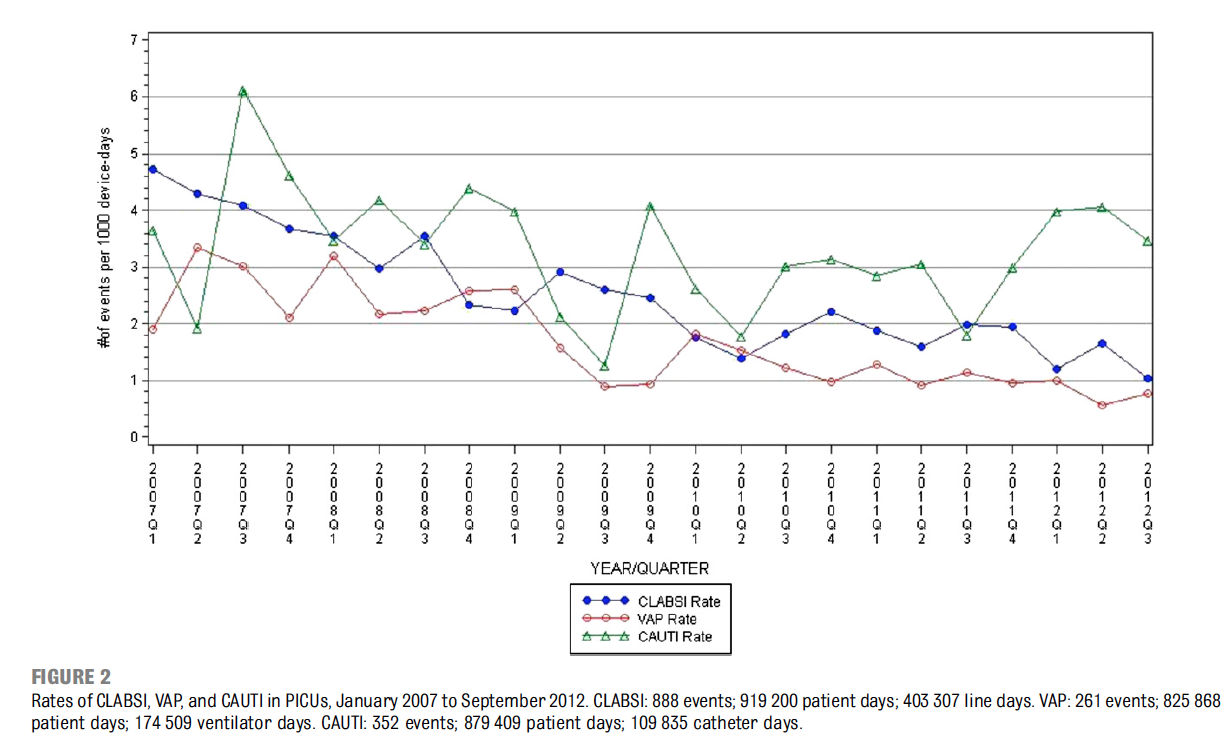 And while policymakers might think we can mandate further HAI reductions through such things pay-for-performance, it is clear from these data that those tools have already done their job yet there's much more hard work to do. Notice the almost flat rates in both figures over the past 3-4 years. We need more than quality-improvement goals. Without scientifically proven methods to further reduce HAI, I suspect rates will remain stagnant. That would be unfortunate.