In Memoriam: Standing on the Shoulders of Giants

In the past two months, we’ve lost two prominent healthcare epidemiologists, Drs. Walter J. Hierholzer, Jr. and Barry M. Farr. Each served a term as president of SHEA, and each mentored many other influential epidemiologists who carry on their work.

Walt spent almost a decade at our institution, the University of Iowa, and started a tradition of strength in infection prevention that exists to this day. Here is an excerpt from his obituary: 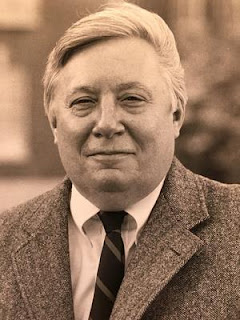 Dr. Walter J. Hierholzer Jr., 82, Professor Emeritus of Internal Medicine and Public Health at Yale University of School of Medicine and resident of Guilford, CT, passed away on January 21, 2017. Born in Midland, MI to Walter and Florence (Rodammer) Hierholzer, he is remembered by his family and friends for his intelligence, warm sense of humor, and staunch support of the Democratic Party.

Dr. Hierholzer attended Albion College and the Yale School of Medicine with subsequent training in epidemiology at the University of Minnesota. He met his wife Bente while studying as a Fulbright scholar at the Biological Institute of the Carlsberg Foundation in Copenhagen, Denmark. As an Assistant Professor of Epidemiology and Internal Medicine at the Yale School of Public Health (1972-76), he made several trips to the Amazon to study the impact of infectious diseases on native Brazilian tribal populations. From 1976-85, Dr. Hierholzer was an Associate Professor of Infectious Diseases and Preventive Medicine at the University of Iowa and Director of Hospital Epidemiology Program overseeing statewide hospital epidemiology education. From 1985 until his retirement in 1999, he was a Professor of Medicine and Epidemiology at Yale and the Hospital Epidemiologist at Yale New Haven Hospital.

Barry was hospital epidemiologist at the University of Virginia when I was a medical resident, and his impact on our field has been substantial. A passionate advocate of active detection and isolation (ADI) for prevention of MRSA and VRE transmission, Barry often sparred with us during the early months of this blog (which encouraged us to continue blogging, since it was evidence that somebody important was reading what we wrote!). Although we disagreed with his conclusions about ADI, there is no doubt that his strong advocacy sparked spirited debate and drew increased attention to healthcare-associated MRSA (HA-MRSA) infection in particular. Increased focus on this pathogen almost certainly played a role in the successful reduction in HA-MRSA that we’ve seen over the past decade. Here is an excerpt from a tribute to him written by Mitch Rosner and Bill Petri: 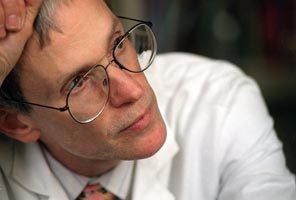 It is with great sadness that I report that Dr. Barry Farr, emeritus Professor of Medicine, passed away today. Dr. Farr received his medical degree from Washington University in St. Louis and a Master of Science degree in epidemiology from the London School of Hygiene and Tropical Medicine. He trained in internal medicine and infectious diseases at the University of Virginia. He spent the rest of his career on the faculty of the University of Virginia School of Medicine where he retired as the William S. Jordan Jr., Professor of Medicine and Epidemiology at the age of 52 due to physical disability from multiple sclerosis. Hospital Epidemiologist at UVA for 18 years and Chairman of the Master of Science Program in Epidemiology for 11 years, he mentored 18 postdoctoral fellows in research. He also was President of the Society for Healthcare Epidemiology of America, and Editor of the SHEA scientific journal Infection Control and Hospital Epidemiology. He co-authored 167 medical publications, 137 scientific abstracts for national scientific meetings, and co-edited two books entitled Catheter Related Infections. He was a leading authority on MRSA infections and his work in this field continues to inform clinical practice.

In the past few years, Barry was a tireless advocate for patients with multiple sclerosis and he published an important book to help guide patients in avoiding complications due to the disease. For those of us fortunate to have known Barry, he was a tremendous mentor, a deep thinker with a questioning mind and a pioneer in quality improvement. We will greatly miss him and our thoughts and prayers are with his family.