And what about antimicrobial scrubs? 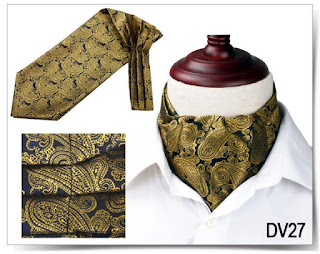 The role that environmental transmission plays in the spread of important pathogens is increasingly recognized. One of the major mechanisms by which pathogens are thought to spread is via contaminated healthcare worker clothing. A major reason that gowns are included in contact precaution is that they are felt to interrupt the transmission from patient/environment to HCW attire. An old (2010) study that Dan Morgan completed found that gowns became contaminated 11% of the time when caring for patients with MDR-Acinetobacter and 5% of the time when caring for patients with MDR-Pseudomonas. A repeat (2012) study found that gowns became contaminated during 4% of HCW visits caring of MRSA+ patients, 5% for VRE, 2% for MDR-Pseudomonas and 13% for MDR-Aceintobacter.

With so much contamination and a desire to rid the world of unnecessary gown use, investigators have been exploring the benefits of antimicrobial textiles, such as scrubs. If these novel scrubs could reduce contamination, maybe we could drop the dreaded gown and go with universal gloves for contact precautions?

Which brings us to a ASCOT study by Deverick Anderson and colleagues funded by the CDC Prevention Epicenters Program. ASCOT: Antimicrobial Scrub Contamination and Transmission. The investigators examined the benefits of two different antimicrobial scrubs (Scrub 1: silver-alloy and Scrub 2: organosilane-based quaternary ammonium and a hydrophobic fluoroacrylate copolymer emulsion) vs standard poly-cotton surgical scrubs in a 3-arm RCT during 3-consecutive 12-hour ICU nursing shifts. The primary outcome was change in total contamination on the nurses scrubs as sum of CFUs. Of note, all MDRO colonized patients in the study were placed on contact precautions and HCW placed gowns over their scrubs and wore gloves while caring for those patients.

Overall, the authors reported that there were no benefits from either antimicrobial scrub. However, there was significant transmission from patient or environment to HCW attire.  Back to the drawing board on antimicrobial scrubs?  Maybe. I would like to see the study repeated in a hospital where contact precautions are not used to see if benefits might exist in settings where gowns are not worn when caring for MDRO+ patients. With this much acquisition of nurses' clothing, it's going to be hard to ditch gowns, unfortunately.

Oh, and I love the ASCOT name. Brilliant.