ICD Coding and MDRO - If you don't bill for it, it doesn't exist 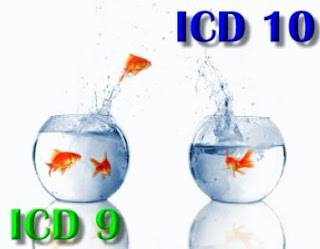 Fact 1: Infectious Disease specialists are among lowest paid physicians in the US

Fact 2: Many infectious diseases, including HAI, are absent from ICD billing codes or are poorly coded, and thus the true population health impact of infections, particularly MDROs, is invisible

Hypothesis: If we could improve ICD codes for infectious diseases, ID salaries would increase and the field could be saved from extinction

Many of us on the blog have lamented about the current state of ID with a particular focus on low relative salaries compared to other medical subspecialties and concerns about the annual fellowship match. If we focus on academic ID, the folks who supposedly will train the next generation, we also need to worry about low levels of NIH funding for anything other than HIV research; a trend that is slowly improving. (Fact 1, above)

Our group has looked at the accuracy of ICD billing codes for both HAI and MRSA and the results are not pretty. Michi Goto completed a systematic review of ICD code accuracy for CDI, SSI, VAP/VAE, CLABSI, CAUTI, post-procedure pneumonia and MRSA. He found that apart from CDI and orthopedic SSI, the codes have poor sensitivity and specificity. Marin Schweizer looked at the validity of the V09 code pre-2008 for MRSA and found it to be a very poor at detecting proven incident MRSA infection. (Fact 2, above)

Since many of those studies were completed, there have been new codes added for CLABSI (October 2011), VAE/VAP (October 2008), MRSA infections (October 2008), and post-procedure pneumonia (October 2012). So there is some hope that HAI and MRSA will become better recognized. But what about MDROs?  Investigators from Wash U (including co-blogger Hilary) just published a research letter in ICHE that calculated the sensitivity of ICD-9 codes for various MDRO at their hospital between 2006 and 2015. The gold-standard was a culture at a sterile site or BAL/brochial wash culture with an MDR-Enterobacteriaceae, Enterococcus spp., Staphylococcus aureus, Pseudomonas aeruginosa, or Acinetobacter spp.

As you can see in their Table 1, apart from MRSA (after 2008 code added) and P. aeruginosa, ICD organism coding had poor sensitivity and MDRO/V09 codes were - terrible. The authors concluded: "ICD-9-CM diagnosis codes cannot be used to estimate the burden of MDRO infections in hospitals."  I think we'd all agree. I would have liked to see more information on the specificity and positive/negative predictive values of individual codes (I understand this was a Research Letter).  I'm not sure what the ultimate solution is, but perhaps SHEA or IDSA (or ASM) could work to update ICD-10 codes and come up with ways to encourage accurate coding for infectious diseases. If we don't make sure infections "exist" in administrative data, the field of infectious diseases might not exist for long.