How transmissible is Ebola? About the same as pandemic flu. 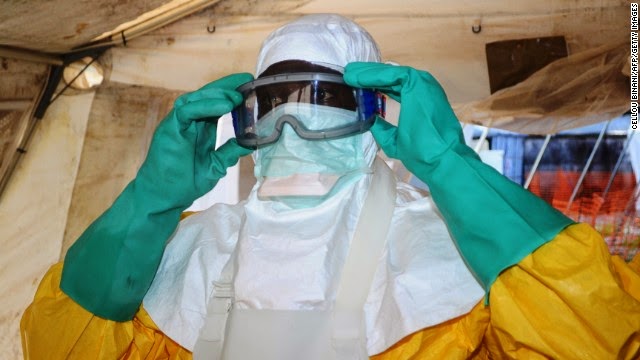 There seems to be very little good news associated with the Ebola epidemic in West Africa. The death toll is now approaching 2,000, and the disease continues to spread. The World Health Organization reports that a lack of resources has hampered its efforts. And we have recently learned that another physician has developed the disease. What's worrisome about his case is that he had no known contact with an Ebola infected patient.

Over the past few weeks, I have read several times that the Ebola virus is not efficiently transmitted. At first glance it seems hard to reconcile that with the reports we are receiving from Africa. So let's look a little closer at this. The basic reproduction number (R0) is a metric that quantifies transmissibility. R0 is defined as the average number of secondary cases generated by a case in a susceptible population. For example, measles, one of the most highly contagious infections, has a R0 of about 15, though it can range from 7 to 29 depending on the study evaluated. Thus, each case of measles would be expected to lead to 15 additional cases in a susceptible population.

A new paper in PLoS uses data from the current outbreak in West Africa to determine transmissibility. The investigators found that the R0 is 1.5 in Guinea, 1.6 in Liberia, and 2.5 in Sierra Leone. To provide some context, it is interesting to look at another paper, published today, which is a systematic view of the literature on the transmissibility of influenza. These investigators report that the R0 during the 1918 influenza pandemic, which killed an estimated 30-50 million people, was 1.8. No one remembers that pandemic, but we do remember the 2009 H1N1 pandemic, for which the R0 was 1.5.

Because Ebola virus is primarily transmitted via direct or indirect contact, as opposed to true airborne transmission, the virus seems to have less of a terrorist effect. That is, Ebola infection has the appearance of a much less random event compared to other infections like influenza or SARS. Sitting in my comfy office in Richmond, I have no reason to fear Ebola. On the other hand if I were working in Liberia, I wouldn't be too comforted by Ebola's relatively low R0. As David Hartley eloquently writes in his blog, "no where is it written that dangerous pathogens must have a high R0."