Ebola and WHO budget cuts 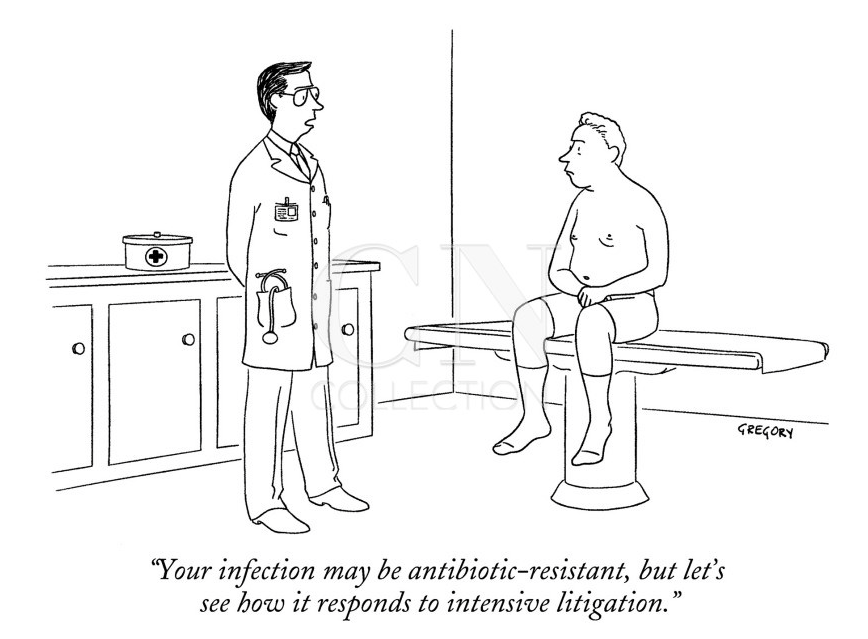 Anthony Harris used to (and may still) include this New Yorker cartoon in his antibiotic resistance talks. I've always thought it summed up the resistance crisis quite well. We don't have effective antibiotics, so we must resort to the ridiculous. One of the major reasons we lack new classes of antibiotics is the lack of public funding for basic research of bacterial pathogens. It's pretty simple really. Years of ignoring the problem have us in this situation and it will take many years of reinvestment to build up the laboratory and professional resources needed to be fully engaged in antibiotic discovery.

A similar situation has played out in public health preparedness. I encourage you to read Dan's posts (here and here) covering the Prevention and Public Health Fund. And it's not just the US. In the Guardian today, Peter Piot - the discover of Ebola, expressed his fears that the outbreak is out of control. It's an amazing account of how he discovered and named the virus. It also highlights the almost tragic accidents that occurred in his lab, yet no one caught the virus. When asked why the WHO responded so late to the Ebola outbreak in Africa, he responded:

"On the one hand, it was because their African regional office isn't staffed with the most capable people but with political appointees. And the headquarters in Geneva suffered large budget cuts that had been agreed to by member states. The department for haemorrhagic fever and the one responsible for the management of epidemic emergencies were hit hard...I think it is what people call a perfect storm: when every individual circumstance is a bit worse than normal and they then combine to create a disaster. And with this epidemic there were many factors that were disadvantageous from the very beginning."

I'm not a military historian, but this situation seems terribly similar to what I've read about simultaneous wars on two fronts. Although in public health, it can be four or five fronts. We have Ebola, MERS, avian influenza and Enterovirus D68 knocking on our doors (and I'm sure I left out a few.) These are all on top of the CDC and WHO's "day jobs" fighting foodborne outbreaks, antibacterial resistant bacteria, TB, HIV and malaria (and I'm sure I left out many). Long term cuts to public health infrastructure can't be repaired in one month or one year. You can't go buy extra diseases detectives quickly off the shelf much like you can't quickly buy an extra aircraft carrier. We can already see how outbreaks respond to intensive budget cuts.