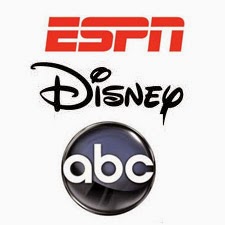 Many of us have watched from the sidelines as the anti-vaccine and other science-denier movements have grown through the explicit and implicit support of large media corporations. Even if 99% of scientists support the safety of vaccines, a false balance gives the anti-vax view equal time. Others have written eloquently on false-equivalency in the media and how this anti-science attitude endangers public health. There is no better example of the misguided media support of anti-science than anti-vaccine torchbearer Jenny McCarthy. Since 2007, she has made numerous false claims about vaccines on Oprah, Good Morning America and other venues. One need only to read Michael Specter in the New Yorker (2013):


Jenny McCarthy, who will join “The View” in September, will be the show’s first co-host whose dangerous views on childhood vaccination may—if only indirectly—have contributed to the sickness and death of people throughout the Western world. (See jennymccarthybodycount.com.) McCarthy, who is savvy, telegenic, and pulchritudinous, is also the person most visibly associated with the deadly and authoritatively discredited anti-vaccine movement in the United States. She is not subtle: McCarthy once essentially threatened the actress Amanda Peet, who has often spoken out about the obvious benefits of childhood vaccinations, by warning Peet that she had an angry mob on her side. When people disagree with her views on television, McCarthy has been known to refute scientific data by shouting “bullshit.”

While McCarthy's 1-year stint on "The View" has now ended, she now appears annually on "Dick Clark's New Year's Rockin' Eve with Ryan Seacrest." FYI, we're considering changing the blog name to Dan Diekema's Controversies in Infection Prevention with Mike and Eli. Parsimony is so 2014.

In addition to implicit support of anti-vax folks, there are many other examples of corporate support for anti-science beliefs. For example, in November Curt Schilling (ESPN analyst and former pitcher) took to Twitter to rail against evolution. In the wild-west that is social media, ESPN baseball writer Keith Law quickly responded with a defense of evolution and science in general. As you can imagine, only one of the ESPN "discussants" was suspended - science supporter Keith Law.

So why mention these specific examples, as there is nothing surprising about ESPN backing an ex-baseball player over a writer? The irony is that The Walt Disney Corporation owns ABC (The View, Dick Clark, Good Morning America) and ESPN. And of course Disney owns Disneyland where a seven-state outbreak of measles with at least 85 cases began. While it might be true that select anti-vax folks remain "unmoved" by the latest outbreak (it's their right to decide what eliminated diseases come roaring back), this outbreak might awaken media corporations with large amusement parks to the downside of anti-vax false equivalency. It can't help the bottom line and public image of Disney that scared parents and public health officials are recommending calling off trips to the park.

One might feel a bit sorry for Disney if they hadn't played some role in setting the stage for this and other vaccine-preventable outbreaks. However, my main concern is for the many children too young to receive the vaccine or those with suppressed immune systems whose herd-immunity shield has been needlessly laid down. "It's a Small World" will never sound the same.
Email Post
Labels: abc anti-science anti-vaccine movement Disney espn jenny mccarthy measles