More good news about MRSA. This time from VA. 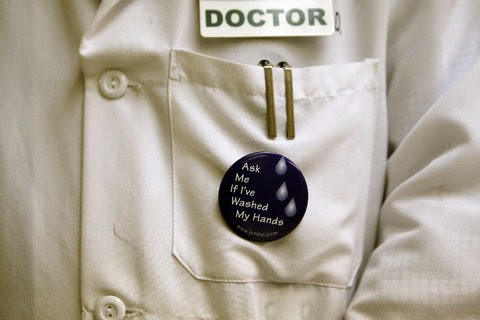 It's not often that good news about hospital-acquired infections (HAI) is reported in the media. When was the last time you read an article congratulating a hospital for having lower CLABSI rates or good hand hygiene compliance? It's even rarer to hear good news about VA Medical Centers. While the quality of care in VA often meets or exceeds that in the private sector, it's rarely reported, since high quality runs contrary to established memes.

That's what's unique about today's 'Opinionator' article in the NYTimes. It reports greater improvement in MRSA infections in VA vs non-VA hospitals. To those of us that study HAI and resistant bacteria, this isn't that surprising. Integrated, public (national) health care systems, like VA, have built in incentives to prevent infections since they see the direct benefits of reduced costs and better outcomes - incentives that aren't well-aligned in other hospitals. However, to most folks it is probably surprising that VA was an early adopter of a bundled approach to MRSA prevention and has set the bar for the rest of the country.

Dan and I are both quoted in the article, so I encourage you to read it. However, I'd also like to highlight one section:


"The V.A.’s achievement is even more remarkable because its patients are older and sicker than patients in other hospitals. (Most patients are Vietnam-era vets. None are healthy young women giving birth, a large patient group in most hospitals.) They are twice as likely to come to the hospital already testing positive for MRSA. The greater the percentage of people who have the bacteria, the harder it is to control its spread. Because their immune systems are weaker, V.A. patients are also more likely to go from testing positive to full infection."

The fact that VA patients are older, sicker and often poorer than other hospitalized patients is frequently missed in the wider discussion about quality measures. When you have all the cards stacked against you and you still deliver high-quality and safe care, it should be recognized. Nice when it is.
Email Post
Labels: MRSA new york times Veterans Affairs VHA