My surgeon has S. aureus! 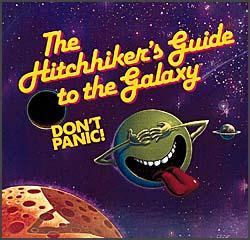 Don't panic! Just based on probability a surgeon would have a 30% chance of being colonized with MSSA and perhaps a 1% chance of being colonized with MRSA. Researchers at NYU Hospital for Joint Diseases recently screened a total of 135 orthopedic surgeons for MRSA and MSSA nasal colonization. In the 74 attendings, 2.7% were MRSA+ and 23.3% were MSSA+. The story was a bit more interesting in the 61 residents with 59% MSSA+ and none MRSA colonized. Overall, 36% were MSSA+ and 1.5% were MRSA+, which is about what we would have guessed before the study.

These results are similar to Cecilia Johnston's report of healthcare worker colonization at Johns Hopkins a few years ago. She reported 28% S. aureus colonization (95% confidence interval [CI], 22%‐34%) and 2% MRSA colonization (95% CI, 0.04%‐4.0%). I pasted in Cecilia's results to highlight the fact that she calculated confidence intervals for each proportion. The NYU researchers were surprised by the high proportion of residents with MSSA colonization. Sure, the level was high, but if they would have calculated the 95% CI, which was 46%-71%, they might have been less excited.

It's possible that the long hours spent in direct patient care might be risk factors for MSSA colonization, as would frequently performing dressing changes, but these would not be unique to ortho residents. Perhaps they should repeat the study in the same residents at a later point to determine what proportion is transient vs persistent colonization. Of course, it would be nice to repeat the study in other cohorts of ortho residents and ortho nurses.

They also reported that patients screened prior to THR, TKR and major spine surgery at their hospital had 2% MRSA and only 18% MSSA colonization. It would have been nice to read more information about these patients, such as recent antibiotic exposure.