Dan has discussed "riding the epidemic curve to glory" before. This is the phenomenom that occurs when a bundle of interventions is started just as an outbreak is entering the “downhill” part of the epidemic curve. Thus, the outbreak would have ended on its own, even without intervention, yet the hospital epidemiologist and their recommended interventions are incorrectly given credit for the success. This effect has only minor importance when looking at a single hospital outbreak. In that situation, it doesn't really matter why the outbreak ended, but it's sure nice that it did.  However, what if the hospital epidemiologist published a paper outlining the successful control of the outbreak? What if others published similar uncontrolled quasi-experimental studies describing how they controlled other outbreaks? Then it might be a problem, no? I think it could be a major problem since we really need to know that interventions work before we recommend them - we can't always rely on the luck of riding the epidemic curve.

This phenomenon is particularly concerning for me when it comes to control of MDR-gram negative infections. A little more background: Back in 2008 we published a paper in ICHE showing that Gram-negative infections were much more common in the summer (vs. winter). In fact, there were 28% more P. aeruginosa, 46% more E. cloacae, 12% more E. coli and 21% more A. baumannii clinical cultures in summer months. We validated these findings in 132 US hospitals and again found that Gram-negative organisms were more frequent in summer months ranging from 12.2% higher rates for E. coli to 51.8% higher for Acinetobacter spp.

Below I've pasted a figure plotting 8-years of monthly aggregate P. aeruginosa from our ICHE study. What if we waited to start interventions to control our peak in summertime pseudomonal infections until September (Intervention B)? I could then ride the epi curve to glory each fall as I reduced infections by 28%. I could then publish my findings and would be asked to write SHEA guidelines recommending what you should do. On the other hand, what if I tried to get ahead of things every spring and start intervening in May (Intervention A)? What if pseudomonal infections went up 5% over the next three months? In that case, I would be told my interventions didn't work, I wouldn't publish my findings and you'd certainly never let me write a SHEA guideline. 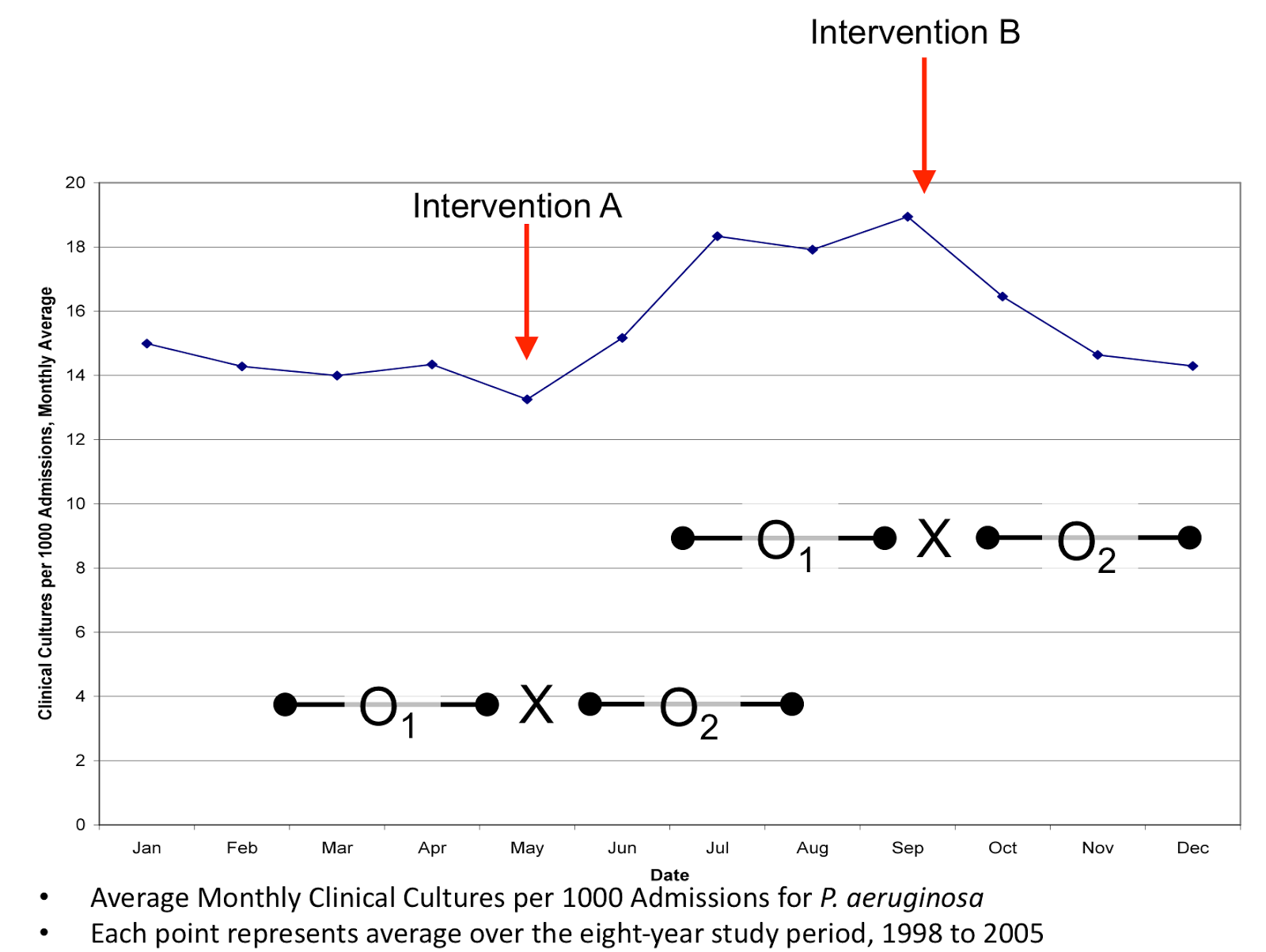 With that long background, I'm excited to report that our findings of summer season and higher temperature associated increases in Gram-negative pathogens have been validated in a recent PLoS One paper by Frank Schwab and colleagues.  In a cohort of patients from 73 ICUs in 41 German hospitals covering years 2001-2012, they examined the monthly incidence of 103,000 Gram-positive isolates (S. aureus, Coagulase negative staphylococci (CoNS), E. faecalis and faecium, S. pneumoniae) and 87,000 Gram-negative isolates (E. coli, P. aeruginosa, K. pneumoniae, E. cloacae, S. maltophilia, S. marcescens, Citrobacter spp., A. baumannii) and their relationship to the ambient temperature in the month isolated and also in the prior month.

They found that 11 of the 13 pathogens had a significant temperature association. Only E. faecalis and S. marcescens were not effected by temperature. All remaining Gram-negative pathogens (and CoNS) were positively associated with temperature, and the strongest correlation was with temperature in the prior month. Thus, higher temperatures = higher incidence of Gram-negative pathogens. The magnitude of the effect was similar to what we reported earlier. For example, we reported a 46% increase of E. cloacae in summer vs. winter while they reported a 43% increase. They also found that S. aureus, E. faecium and S. pneumoniae were more frequent when temperatures were colder.

So, as you are reading an outbreak investigation or listening to SHEA2014 talks this week in Denver, ask yourself "did the authors consider seasonal or temperature variation in their analysis?" And if the answer is no, tread carefully. The authors may have ridden the epidemic curve to glory, but you might not be so lucky if you follow their recommendations. 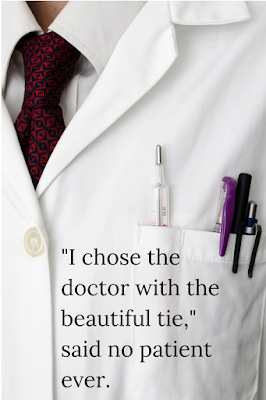 How I chose my doctor