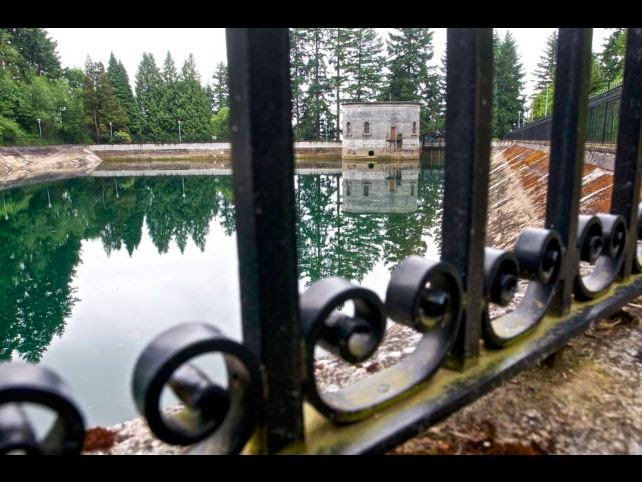 You may heard about the teenager in Portland, Oregon who urinated in a water reservoir last week. The act wasn't really newsworthy, but the response sure was. Officials in Portland decided to drain the reservoir, which holds 38 million gallons of water. Could there be any reason from an infectious diseases standpoint that this would be necessary?

Let's assume that the young man had to pee really badly. That would probably amount to a 500 mL void. Converting gallons to liters, the reservoir holds 144 million liters of water. So the urine was diluted by a factor of 288 million. That's not even a drop in a bucket! Moreover, given that urinary tract infections in young men are exceedingly rare, the overwhelming odds are that his urine was sterile. But playing devil's advocate, even if he had the most raging UTI known to man, chlorine coupled with the enormous dilution factor would negate any risk. And most urinary pathogens would cause no harm even if ingested.

But a smart person might ask what could happen if the teenager had previously travelled to Africa and was infected with Schistosoma haematobium, the parasite that causes urinary tract schistosomiasis and produces eggs that are found in the urine of infected persons. Well, fortunately, the Bulinus snails required for the life cycle of S. haematobium are not found in the United States.

Lastly, I'm not a wildlife biologist but it would seem to me that nonhuman mammals, birds and reptiles probably use water reservoirs for their bathrooms far more commonly than humans, and we aren't draining reservoirs for that.

Let's hope the Portland standard doesn't become the rule. If so, we'll probably have to drain every swimming pool in the United States.