Skip to main content
Labels
Posted by Eli Perencevich May 06, 2014

How does a study become an internet meme?

According to the internet the steps to starting an internet meme are: (1) have an idea, (2) find a picture that reflects what you want to imply and (3) "now this is where the skill comes in."  The first two steps are pretty easy to understand, but I'm currently trying to sort out what step 3 actually means.

For an example of a study becoming a meme witness Maggie Carrel's (geography professor at Iowa) recent ICHE study where she geocoded Iowa Veterans and found that those living near a large pig CAFO where at greater risk for MRSA nasal colonization on admission to an acute care hospital. You can read a bit more about her study in Maryn McKenna's Wired blog post.  I suspect Maryn's writing is where the skill comes in because Maggie's study is now a meme (image below) from PEW's health initiative - Supermoms Against Superbugs. Super. 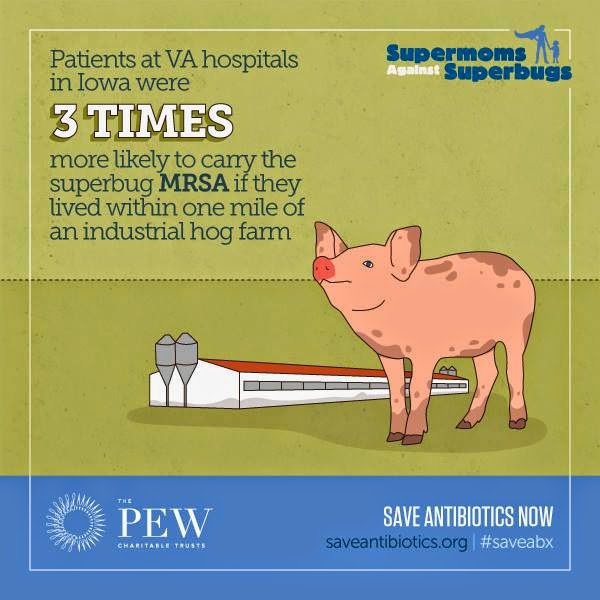