Skip to main content
Labels
Posted by Eli Perencevich May 04, 2014

Last week the WHO released a report covering global surveillance for antimicrobial resistant bacterial pathogens. The report starts off by highlighting the major gaps in knowledge about the magnitude of the MDR-bacterial problem and suggests that the post-antibiotic era is a very real threat. While the levels of resistance in the report are very alarming, the authors also note that worldwide surveillance lacks coordination, so it's likely we're only seeing the very tip of the iceberg.  One interesting aspect of Dr. Fukuda's introduction was his acknowledgment that TB, malaria and HIV have much better surveillance systems and should serve as models for MDR-bacterial surveillance.

I think the take home point is summed up in the reports Figure 1, which I've pasted below.  No new antibiotic classes since 1987. We can safely say that the bacteria didn't take a 30-year break while we rested on the laurels of the prior generation(s). 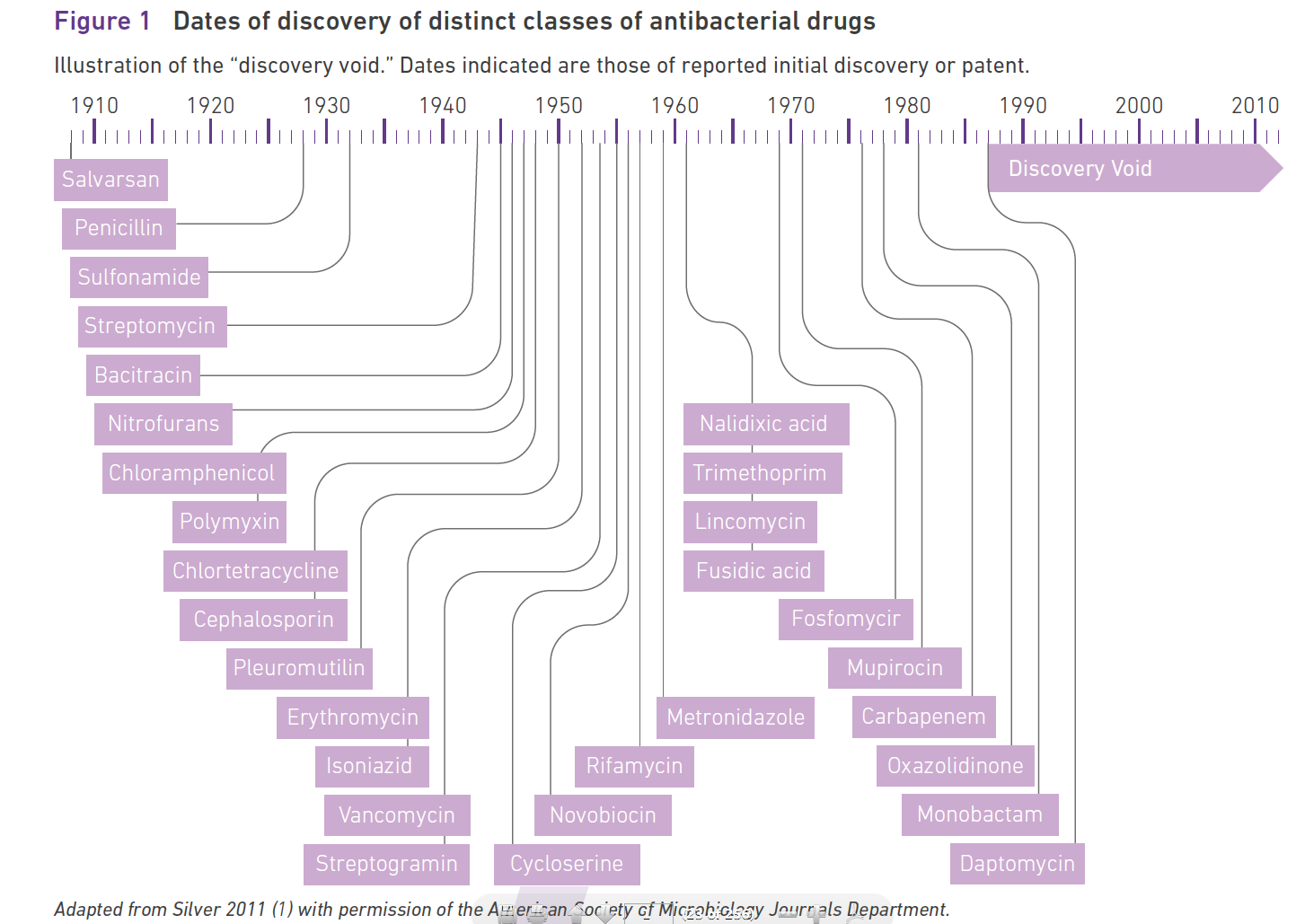 The report is 232 pages long, so you have two options if you want to learn more: (1) Head over to the WHO website and read the whole thing or (2) Listen to my 15-minute interview on Iowa Public Radio from last week. Just click on the audio player below or head over to IPR's page and listen there.

For additional reading on the US burden of antimicrobial resistant bacteria: