To CDC or not CDC - That is the Ebola Question 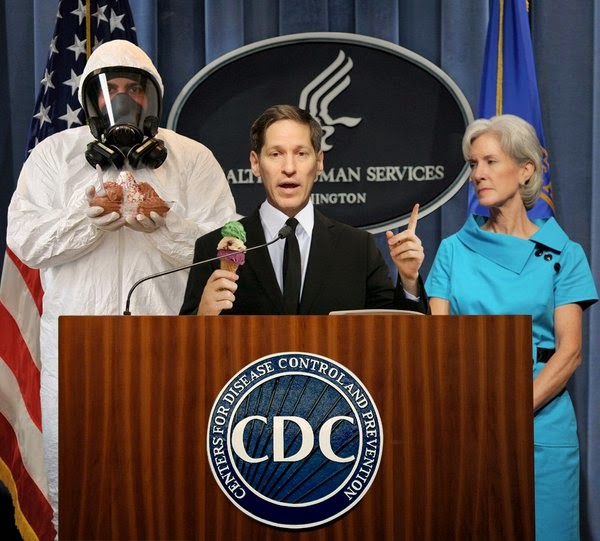 It's been a busy couple weeks out here in infection control land. We had our SHEA 2015 planning committee meeting in DC. There's an exciting program planned - can't wait to share it with you. While I've been planning Ebola symposia for the May meeting in Orlando, Dan and Mike have been very busy discussing and implementing Ebola management plans. If you haven't had a chance to read their excellent posts, you can peruse them all here.

The debate over the CDC droplet+contact precautions guidance is strangely similar (in an opposite day kinda way) to discussions around N95 masks during the 2009 H1N1 outbreak. To remind yourself of the debate, you can read one of Dan's 2009 posts on the topic. What is almost ironic is a quote included in the post: "when did influenza become Ebola." What is actually ironic is that back in 2009/2010, CDC recommended "respiratory protection that is at least as protective as a fit-tested disposable N95 respirator for healthcare personnel who are in close contact with patients with suspected or confirmed 2009 H1N1 influenza." Yet now, CDC does not recommend N95s in most clinical situations for Ebola. And if you're keeping score, in 2009 CDC wanted "higher-level" protection and hospital epidemiologists wanted "lower-level", while in 2014 most hospital epidemiologists are implementing policies that extend way beyond CDCs recommendations.

All of that is by way of background to a thoughtful commentary in Annals of Internal Medicine by Michael Klompas, Daniel Diekema, Neil Fishman and Deborah Yokoe. The authors carefully review the data behind the CDC's current guidance and suggest that hospitals stick closely to the current recommendations. They claim that exceeding the CDC guidance could paradoxically increase health care worker risk and anxiety while also increasing cost and waste. They also suggest that exceeding "CDC's recommendations fans a culture of mistrust and cynicism about our nation's public health agency." The only thing I would add is that no matter what's included in your local Ebola management plans, don't forget the ice cream.