Unintended Benefits of Antibiotics: Why antimicrobial stewardship is difficult 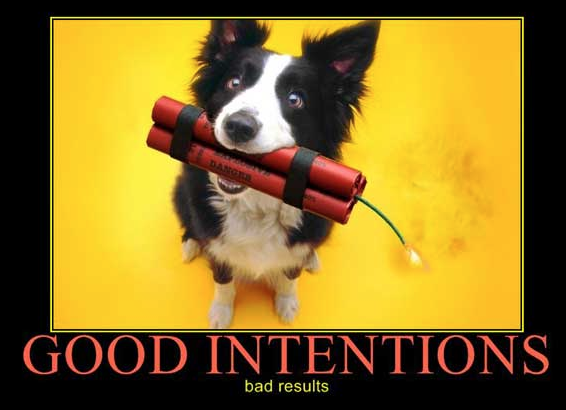 We frequently highlight the unintended consequences of antibiotic use, such as C. difficile or adverse drug events, as reasons to discourage inappropriate antibiotic prescribing and advance antibiotic stewardship. Avoidance of unintended consequences is also a major factor in physician selection of antimicrobials. Anecdotally, physicians prefer to avoid clindamycin because it's linked to CDI. In an old study, Jessina McGregor and I found that physicians were approximately twice as likely to prescribe an antibiotic if its use was associated with three days of diarrhea instead of five.

Unfortunately (for stewardship, not patients), antibiotics also have significant unintended benefits, which may drive their overuse. In the current issue of JID, Elizabeth Gilliams et al. report (free full text) a secondary analysis of a malarial therapy RCT (chloroquine +/- azithromycin) in Malawian children. 160 children with mean age 33 months were treated in each arm. Children in the CQ+AZ arm were 33% less likely to develop a subsequent lower respiratory tract infection and 26% less likely to develop a gastrointestinal tract infection than patients treated with CQ monotherapy. Time to development of a lower-RTI was 0.88 years when AZ was added vs 0.46 years with CQ alone, p=0.04. Time to first GI infection was also delayed with AZ therapy, 0.58 years vs 0.38 years, p=0.02.

Specifically, these finding are important because the CQ and CQ+AZ arms were considered equivalent for malarial therapy; however, physicians may now add azithromycin for these secondary benefits in addition to its potential to delay the reemergence of CQ resistance in the region. The number needed to treat was only 7 for both RTI and GI outcomes. Thus, for every 7 children given short courses of azithomycin during malarial therapy there will be one fewer case of GI infection AND one few RTI.

Lori Holtz and Phillip Tarr in an accompanying editorial (free full text) describe the difficult decisions now facing public health authorities in the developing world with regard to balancing the benefits vs harms of antibiotics. For example, earlier trials found that mass azithromycin for trachoma reduced infectious and all-cause mortality in children while the addition of amoxillin or cefdinir to malnutrition treatments reduced mortality by 40%. The editorial includes discussion of potential mechanisms behind the beneficial outcomes attributed to azithromycin. Importantly, they call for future studies to determine the etiologic agents causing the poor outcomes which azithromycin inhibits so they can be targeted and mass antibiotic exposure prevented. I hope they get what they ask for. However, these are likely bacteria, so I don't hold out much hope for research funding.
Email Post
Labels: antimicrobial stewardship Malawi stewardship unintended