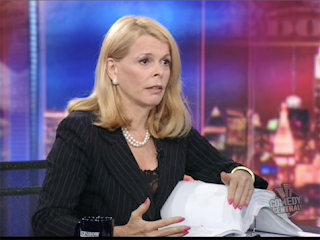 Today's New York Times has an article about Betsy McCaughey and her involvement in the healthcare reform debate, as well as her interest in healthcare associated infections. It points out that she recently resigned from the board of directors of a medical supply company due to conflicts of interest, though she denied having any. She seems to have difficulty with that issue. Several months ago she presented at a satellite symposium at the Society for Healthcare Epidemiology Meeting. SHEA required that she disclose her funding sources and the list was quite long. It reminded me of Ralph Nader's characterization of a famous politician as "a corporation in a suit." In the September issue of Infection Control and Hospital Epidemiology, she wrote a letter to the editor criticizing a paper written by our group (first authored by Dick Wenzel). While I think that her letter contained inaccurate statements, I was bothered more by the fact that she reported that she had no conflicts of interest. Our paper was entitled "Screening for MRSA: A Flawed Hospital Infection Control Intervention." Since she reported at the SHEA Meeting that she had funding from the makers of MRSA PCR testing kits, it's amazing that she had no conflicts of interest to disclose.