Skip to main content
Labels
Posted by Tom Talbot May 03, 2017

The Updated CDC SSI Prevention Guidelines are (Finally) Released: A Marathon in its Own Right 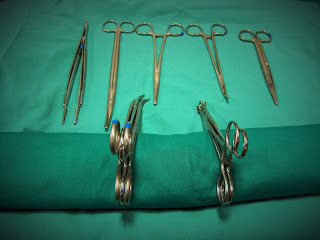 (First, thanks to Dan, Eli, and Mike for inviting me to join the blogging crew.  I hope I can meet their outstanding level of performance, and I promise not to write only about healthcare worker influenza vaccination [but I am sure it may come up now and then!])

Last weekend I ran my first half marathon, the St. Jude Nashville Rock ‘n Roll Half Marathon.  As I ran the race, I went through several stages: excitement combined with anxiety before the start, the adrenaline rush during the first few miles, the sense of accomplishment at mile 6, the shear exhaustion of mile 11, the exhilaration of finally finishing, and then the realization of “what’s next?”

With the much anticipated release of the CDC’s HICPAC Guideline for the Prevention of Surgical Site Infection (which updates the 1999 guideline), I realized the guideline authors may have had the same thoughts during its development that I had during my race.  (Disclaimer: Dan, Hilary, and I served on HICPAC during the development of this guideline).  This guideline is long overdue, particularly with the increased focus on reducing SSIs combined with the advances in SSI prevention over the past decade. The writing group consisted of experts in infection prevention, surgical sciences, infectious diseases, and public health, and they should be lauded for their extremely tireless and dedicated work (which we saw first hand at HICPAC).  Just as with my race, the process was likely exciting, rewarding, exhausting, and, I suspect, at times frustrating.

There are important things to recognize when reviewing these new guidelines, outlined in the commentary by Dr. Lipsett.  First, we must understand the evidence inclusion criteria for each section. For the Core Practices section, only randomized controlled trials and systematic reviews were included.  For the Prosthetic Joint Arthroplasty section, due to a lack of such high level studies in the literature for many of the key questions, other types of studies were allowed.  This resulted in limitations to the scope of the recommended practices and many “no recommendation/unresolved issue” decisions on key questions such as the timing and redosing of antibiotic prophylaxis.  Other key questions never made it that far, reflecting a paucity of science on these topics.  In addition, detailed guidance on implementation is not present in the guideline or supplementary materials.  Hidden in the Supplementary Material, the guideline does note those key practices recommended in the 1999 Guideline that were not included in the update but still apply to the surgical patient today (see pages 41-42).

Despite these limitations, there are some significant advances recommended (Category 1A), including expansion of several key interventions to a broader surgical population:
1) Glucose control (<200 mg/dL) for diabetic and nondiabetic patients
2) Maintenance of normothermia
3) Provision of increased FiO2 in intubated surgical patients with normal pulmonary function

Traditionally, these interventions have been used in specific surgical procedures, such as colorectal and cardiac surgery.  With the new guidelines, many healthcare facilities will need to broaden these interventions to a wider surgical population.  Importantly, the guideline minimizes the commonly heard refrain of the need for studies in a specific surgical procedure before implementation of an intervention.  The pathophysiology of a SSI is probably the same for most surgical patients, supporting the expansion of these important interventions to a wider population.  In addition, the guidelines now recommend stopping antimicrobial prophylaxis once the incision is closed in clean and clean-contaminated procedures (vs. the tradition of continuing for 24hrs, 48hrs, or until all drains have been removed), an important recommendation in the era of antibiotic stewardship.

Much like running a half marathon, we are now at the finish line and asking the question “[w]hat’s next?”  While the new guidelines advance SSI prevention, there is a clear need for implementation guidance related to the recommended practices (such as from SHEA, APIC and others), research funding to support high-level studies that examine key questions for which there was not an adequate evidence base, and expert direction on those strategies that will never be studied by randomized control trials.  Guideline’s finally out.  Let’s get running!!
Email Post
Labels: CDC guidelines surgical site infection