One more time: If you're sick, stay home! 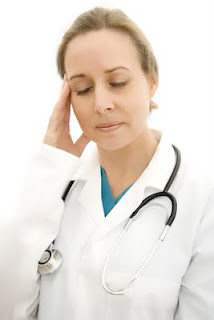 In the June issue of Infection Control and Hospital Epidemiology there's a report on an outbreak of H1N1 influenza among healthcare workers in a Chicago hospital in May 2009. This was prior to the availability of the vaccine for this influenza strain. It should come as no surprise that 55% of the HCWs who developed swine flu worked for at least one day while symptomatic. Another example of presenteeism.

On a more positive note, the Connecticut legislature has passed a bill that mandates sick pay, which should help to reduce presenteeism, though lack of sick pay was likely not the problem at the Chicago hospital. Nonetheless, I don't think that most hospitals are making a sincere effort to keep sick workers at home.
Email Post
Labels: presenteeism