Skip to main content
Labels
Posted by Dan Diekema May 31, 2010 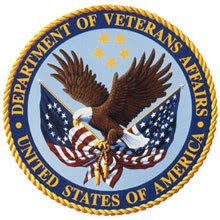 As we pause on Memorial Day to remember those who have died fighting our wars, it seems fitting to recognize the strides that Veterans Health Administration (VHA) hospitals have made in patient safety, including prevention of healthcare associated infections. Over the nine years I was hospital epidemiologist at the Iowa City VAMC, I became convinced that most U.S. hospitals could learn a lot from the VA system (beginning with their early implementation of an electronic medical record that remains superior to the one we have implemented in our university hospital). While I can nitpick about the way certain directives came down, overall I think the VHA has been ahead of the curve, which may also be a commentary on progress in the rest of our fragmented healthcare system.

The VHA is the largest integrated healthcare system in the United States. It can and should serve as a model for healthcare-associated infection prevention.