Skip to main content
Labels
Posted by Eli Perencevich May 13, 2010

What if all S. aureus was MRSA? 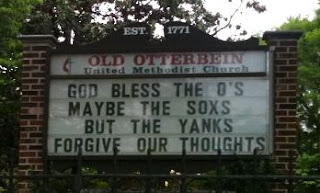 We spend so much time discussing MRSA. We debate, we mandate, and we worry. Frankly, I'm getting tired of it. I'm far more worried about MDR-Gram negatives and all that oil spilling into the Gulf. So, while I was at the Orioles game today with my son, my mind drifted into an absurd thought experiment. To be clear, I'm a big baseball fan and I was trying to pay attention, it was just really boring until the O's scored 5 runs in the 8th, including a grand slam, to win it 6-5.

So as my mind drifted like the (three!) dingers Millwood was allowing, I thought: What if I could magically turn all S. aureus into MRSA? Now, I could have easily dreamed that all S. aureus would become penicillin sensitive, but I prefer to dream possibilities. What would this counterfactual world look like and why would I have such a thought? Would the world end? No. I know MRSA is the SUPERBUG, but I suspect the world would look as it does, but with a few differences; some good and some bad.

Now we all "know" that MRSA is more virulent than MSSA and leads to higher rates of mortality. Do we? I was a co-author on a meta-analysis, one that you must be required to reference if you publish on MRSA, since it's been cited >500 times. We found that MRSA bacteremia was associated with twice the odds of death compared to MSSA. I don't believe it. Never did. It's not that I don't think it was a great study; it was and is. It's just that since (fortunately) you can't randomly infect patients with MRSA or MSSA, you can never really study the clinical impact of MRSA. Since MRSA patients are sicker at baseline, before they even get infected, and vancomycin is a poor antibiotic, it is likely that MRSA just appears more virulent. If you give patients with MSSA vancomycin, they would do as poorly as those who were infected with MRSA.

Another reason that I'm not worried about an all MRSA world is that we have plenty of treatment options for MRSA unlike MDR-GNR. More are likely in the pipeline. The one downside I think of an all MRSA world is that it would be more expensive to treat infections since many of the treatment options would be more expensive. We would also have new abbreviations to learn: LRSA or DRSA (linezolid or daptomycin), etc. Yes, I know VRSA.

So far, I suspect I've put you to sleep, much like I was during the first seven innings of today's game. But here's my point. There would be a very important upside to this all methicillin resistant, Staphylococcus aureus world. It would mean that hospital epidemiologists and clinicians, patients and societies and legislators and journalists and everybody...could stop worrying about MRSA and start worrying about plain old S. aureus. What? Yes! We could isolate, treat, worry about, write about, legislate and actually deal with all patients with Staph aureus the same way. Since all S. aureus would be "the same" - which it really is, we've just forgotten that MSSA and PCN-sensitive SA are so deadly.

So there you have it. We could look to prevent ALL Staph infections, not just MRSA ones, since they would all be MRSA in this new world. And since MRSA is likely not worse than MSSA, no one would be worse off and I suspect many would be better off because we could target for prevention the 99% or 70% or 50% of infections caused by S. aureus that we currently ignore. And better yet, we could do this now. We don't have to wait for this 100% MRSA world. We could stop this MRSA insanity and actually target all S. aureus infections, or dare I dream, all hospital pathogens: resistant or sensitive, Gram-positive or Gram-negative (or C. diff). Alas...